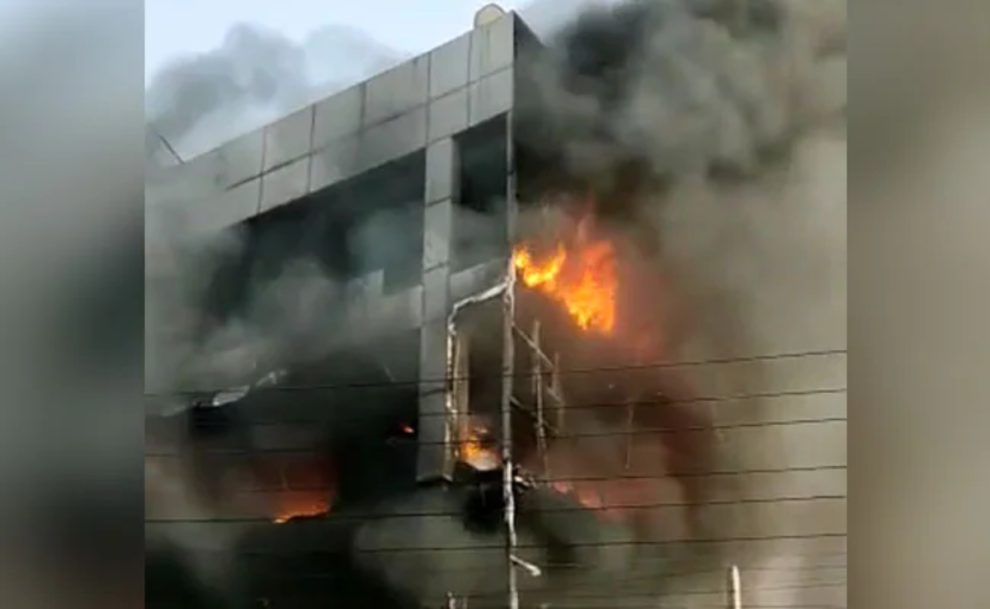 At least 27 people died and dozens more were injured in a massive fire in a building in the Indian capital New Delhi on Friday, emergency services said.

“The fire has been put out now. The total number of dead is 27. Search operation is on,” a fire department official told AFP.

Broadcaster NDTV reported that more than 40 people had sustained burns and were hospitalised.

The large fire broke out at a four-storey commercial building in west Delhi in the late afternoon, but its cause was not immediately clear.

The third floor of the building had not yet been searched and more dead bodies were expected to be recovered, TV channel CNN-News18 quoted Atul Garg from the Delhi fire service as saying.

“More than 25 people are injured, including those who jumped from the building,” Choudhary told AFP.

Around 60 to 70 people have been rescued from the building, local media quoted police as saying.

The blaze started from the first floor of the building, which houses the office of a security camera and router manufacturing company, NDTV quoted police official Sameer Sharma as saying.

More than 30 fire trucks were still at the spot along with ambulances.

Fires are common in India due to poor building practices, overcrowding and a lack of adherence to safety regulations.

The Times of India reported that the owner of the building was in custody.

The Indian capital of 20 million people is currently suffering through a heatwave, with temperatures of up to 46 Celsius (115 Fahrenheit) recorded in some places.

Last month, the heatwave caused a huge trash dump to catch fire. It burned for days, adding to the megacity’s deadly air pollution.

Prime Minister Narendra Modi offered his condolences to loved ones of the fire victims via Twitter.

“Extremely saddened by the loss of lives due to a tragic fire in Delhi. My thoughts are with the bereaved families. I wish the injured a speedy recovery,” Modi said.

“Distressed by the tragic fire accident… My condolences to the bereaved families. I wish for speedy recovery of the injured,” President Ram Nath Kovind’s office tweeted.

Delhi Chief Minister Arvind Kejriwal tweeted: “Shocked and pained to know abt this tragic incident. I am constantly in touch (with) officers. Our brave firemen are trying their best to control the fire and save lives.”

More than 40 people died in a fire in a factory making school bags and shoes in Delhi in December 2019.

As is often the case, many of the dead were poor migrant workers earning a pittance and sleeping at the factory.

One of India’s worst fires was in 1985 at a school in the northern state of Haryana when 442 people died, 258 of them children.

Fires also compounded India’s woes during the height of the coronavirus pandemic last year, with a series of blazes at hospitals.

Sixteen 16 Covid-19 patients and two nurses were killed in a fire at a hospital in Gujarat state in May 2021. Another killed 22 in Mumbai the month before.