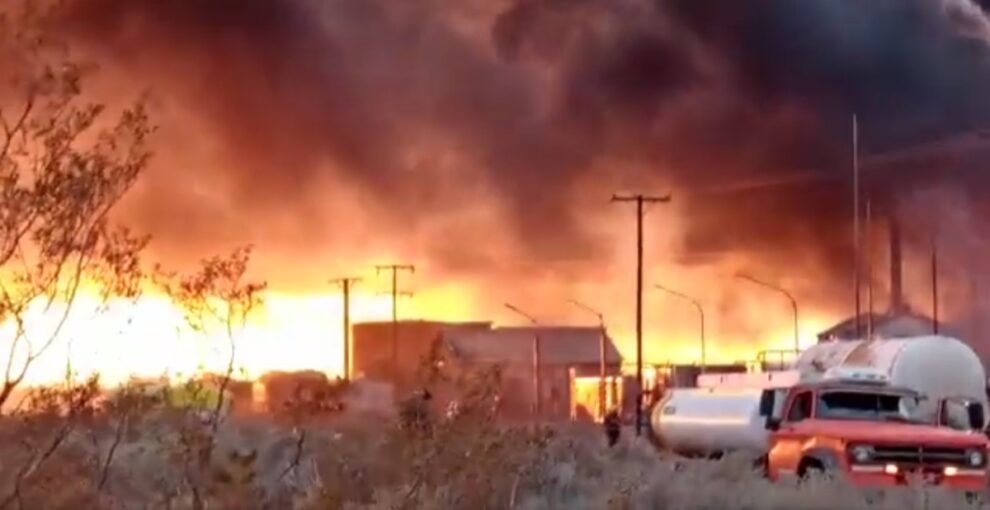 At least three people died in an explosion that sparked a fire at an oil refinery in the south of Argentina, local authorities said on Thursday.

The explosion at the refinery owned by Argentine company New American Oil in the town of Plaza Huincul, around 1,200 kilometers (750 miles) south of Buenos Aires, hit “one of the main crude tanks,” local mayor Gustavo Suarez told LU5 radio station.

Firefighters were working to keep the flames “from spreading to other adjoining tanks to prevent them from exploding.”

“At this stage it has been established that there are three dead,” said Suarez, without commenting on whether others were injured or missing.

By midday, a fire in one part of the refinery was “more than 70 percent extinguished,” said fire brigade chief Jose Acuna.

Nearby schools were evacuated, the local government said.

The area in the provinces of Rio Negro, Neuquen and La Pampa is home to several refineries.

A local trade union called for an immediate strike in the face of “repeated situations” at plants in the sector.

One dead, 20 injured in explosion at Armenian market