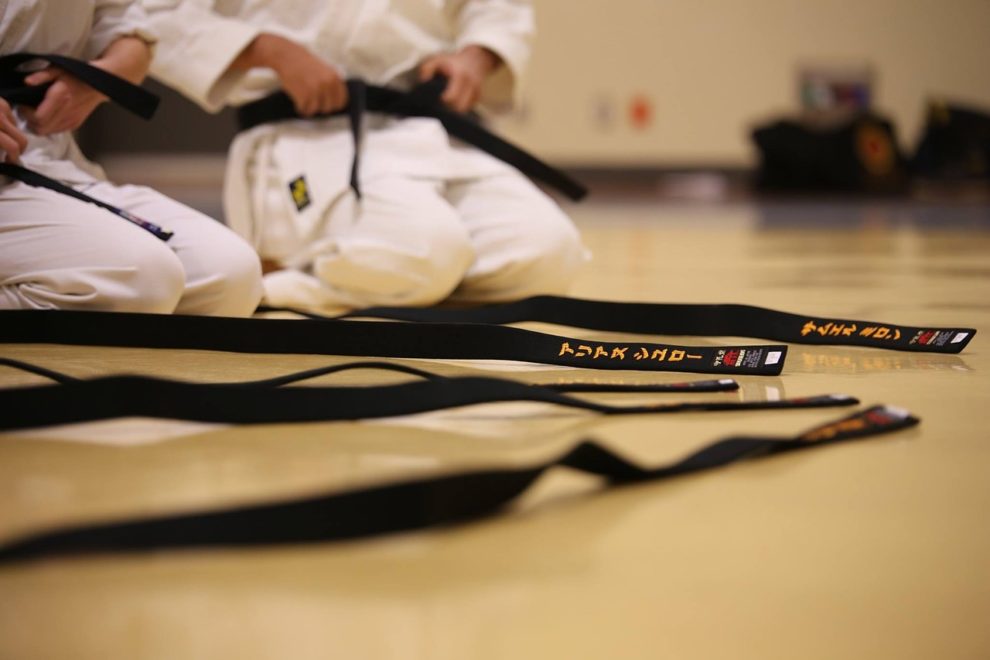 Everything You Need To Know About Fighting Progression in BJJ

Brazilian Jiu-Jitsu was first developed in the 1920s by four brothers based in Brazil. They were inspired by Greco-Roman Wrestling, Japanese Jiu-Jitsu, and Judo.

They created the fighting form after being trained by a travelling Judo instructor called Mitsuyo Maeda. As time went on, the fighting style was officially recognised as its own combat sport. It has become incredibly popular in parts of the USA and has been adopted by many MMA fighters.

It is generally believed that it takes 10-12 years to master the sport of Brazilian Jiu-Jitsu. Fighters must study with a mentor and earn themselves a Black Belt to be considered a master of the sport.

Today, we are going to take a look at the belting system in Brazilian Jiu-Jitsu and how it works.

Like many other martial arts, BJJ uses a belt system to show how qualified their practitioners are. These range from no belt to Red Belt 10.

They have three collections of belts – Junior, Senior, and Black Belt.

These belts are designed for practitioners under the age of 16, if you are older you can skip to later belts.

Practitioners begin with no belt and then can work their up. The belts move up in the following order:

These belts are designed for practitioners over the age of 16. You cannot move into the Black Belt range until you have reached the age of 19.

Practitioners will enter this stage with a green belt or no belt and work their way up. The belts progress in the following order:

If a practitioner is under 19, then they will have to remain at this level until they are old enough to qualify for the Black Belt System.

*Practitioners who started training as an adult might be asked to move through the Junior Belt levels before they reach their Blue belt. Especially if they have no other experience in the world of martial arts.

Adults training in BJJ, may want to check out this guide to strength training for jiu jitsu to help improve their practice.

Once a Brown belt has been earned and the practitioner is over 19 then they can start training for the Black Belt System.

Practitioners will enter this stage with a brown belt and work their way up. The belts progress in the following order:

How Do You Become A Red Belt In BJJ

Red Belts in BJJ are incredibly rare. Anyone given a Red Belt should be referred to as Grandmaster.

Red Belt Level 10 has only been awarded to 4 people – the brothers who founded the sport. No living practitioner has even been awarded this belt.

A Red Belt will only be given to someone “for those whose influence and fame takes them to the pinnacle of art”. A Red Belt must have furthered the reach, teaching, or practising of the sport.
If you were awarded your Black Belt on the day of your 19th birthday then you would not be eligible for your Red Belt until the day that you turned 67. It is an incredibly long process.

What Is The Criteria Behind Each Belt Award

Unlike other martial arts, there is no set criteria that dictates when a person is ready to move up to the next belt in BJJ. It is left up to the discretion of the school or tutor.

However, movement between the belts is limited by age, time spent as the previous belt, hours spent training, and in some cases hours spent teaching.

Because of these limits it will take at least 47 years to move from Black belt Level 1 to Red belt Level 9.

A Guide To Commercial Trucking Insurance: How It Works

A Beginner’s Guide to Betting on Sports from North Carolina