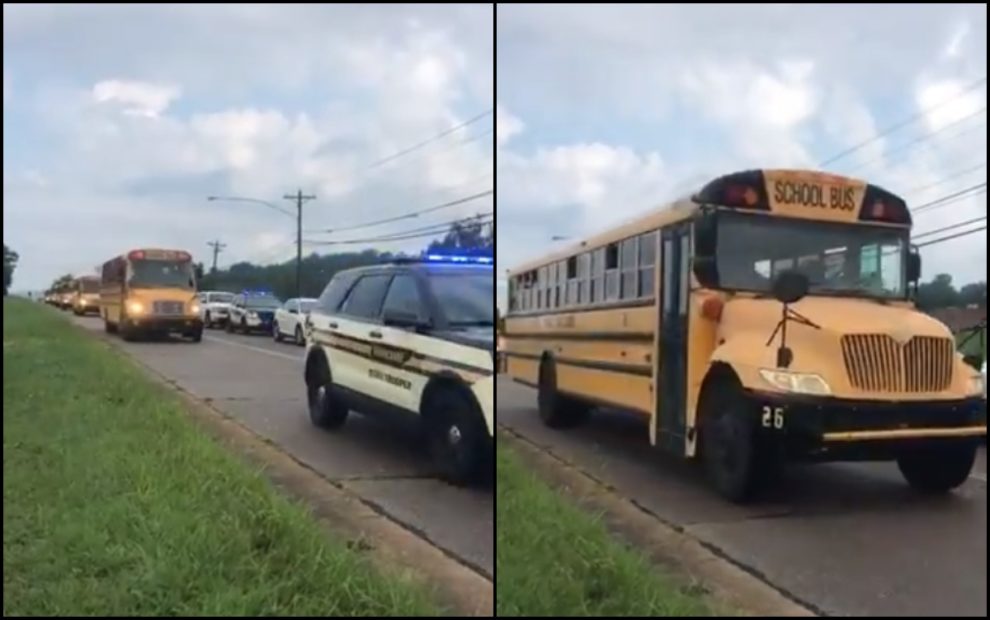 All Hawkins County schools including Volunteer high school,  from Surgoinsville to east Hawkins County, have been placed on lockdown and there is a large police presence in the area. Ambulances have also reached the scene.

Following reports of an active shooter on the grounds of a Tennessee high school, several schools in the Hawkins County School District were placed on lockdown.

The reports are coming from Volunteer High School in the city of Church Hill, according to the sheriff’s department, and officers are on the scene.

There is a significant police presence in the area.

Multiple parents told reporters that their children are locked down in different areas of the school.

“There has been an emergency situation at Volunteer High School,” the Hawkins Co. School District said in a statement on Facebook. “Our major concern at this time is for the safety of our students and staff; please stay clear of the area to allow law enforcement and emergency personnel access to the area.”

‘Our primary concern at this time is the safety of our students and staff; please remain clear of the area to allow law enforcement and emergency personnel access.’

‘VHS students are being evacuated to the National Guard Armory right now. ‘More information will be provided.’

In light of the situation at the school, emergency dispatchers are requesting that people refrain from dialling 911. Hawkins County Emergency Communications tweeted that they should only be contacted in an emergency and directed VHS parents to the armoury.

Students are being bused to the reunification location. Parents are instructed to remain in their vehicles and wait for their children to be brought to them.

Hawkins County EMS Ambulance Services officials reportedly confirmed that multiple ambulances are on the scene and that several patients have been transported from the scene.

Hawkins County is a rural area in the state’s northwest, near the Virginia border.

According to the district’s website, today is the first full day of classes.

UPDATE: Volunteer High School’s situation has been contained. Students at all other school sites are safe, and the east end lockdown has been lifted.

Armed law enforcement personnel are on the buses with students. pic.twitter.com/zDfNBloNuu