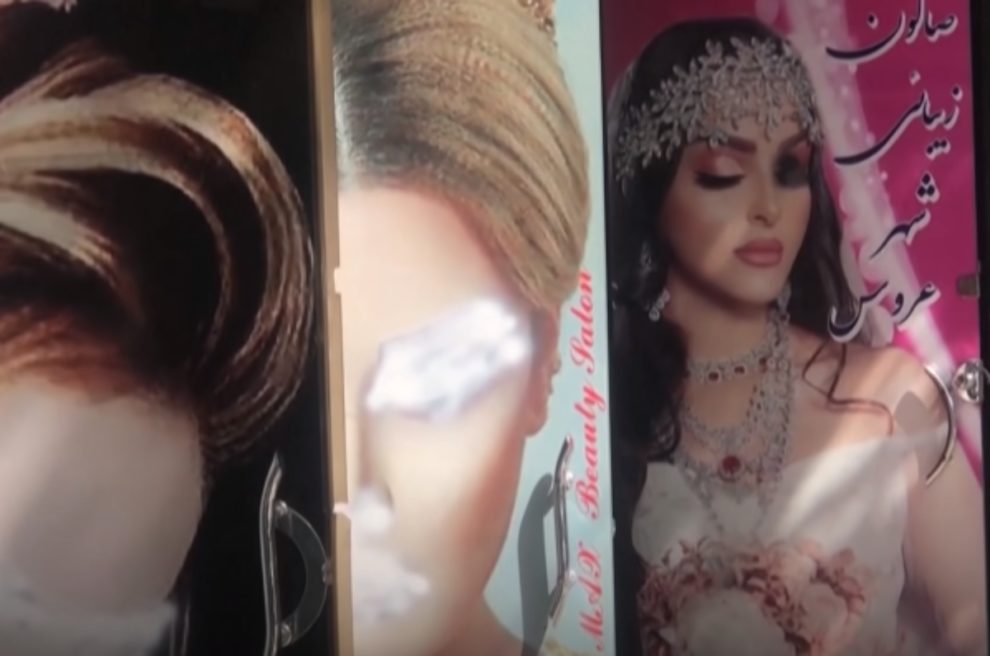 According to Tolo News, the Kabul municipality has taken steps to remove photos of women from storefronts in the capital city as part of a new initiative.

Nematullah Barakzai, the spokesman for Kabul municipality, stated that the government has directed the municipality’s officials to remove all photos of women from signboards in Kabul’s shops and business centres.

“Based on the decision of the government, the photos that are against Islamic regulations will be collected or removed from billboards,” said Barakzai, the report said.

Meanwhile, the owners of Kabul’s beauty salons criticised the Islamic Emirate’s decision and asked the government not to impose restrictions on their business.

Shayesta Saifi, a make-up artist, has spent seven years working in a beauty salon. Shayesta stated that she is providing financial assistance to her 10-member family.”This is imposing a restriction on women’s work, there is a fear that they will lock our shop in the coming days,” she said.

“How does it benefit the government if photos of women are removed,” asked Parwana, a women’s rights activist, as per the report.

This comes as international organisations have repeatedly urged the Taliban not to ignore women’s rights and to not marginalise women in society. The Islamic Emirate, on the other hand, claims that it already respects women based on Islamic principles.