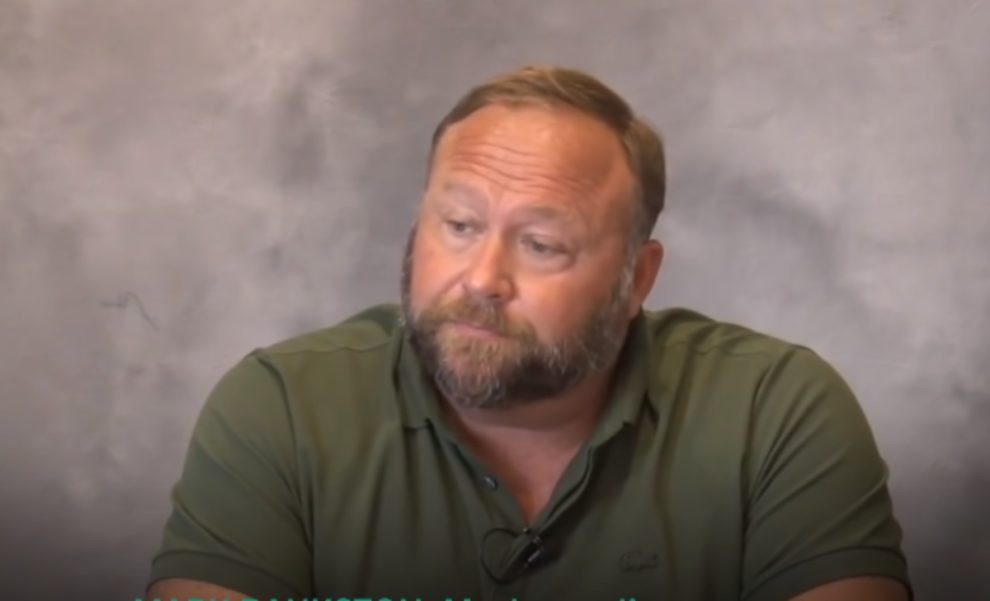 A US jury ordered far-right conspiracy theorist Alex Jones on Wednesday to pay nearly $1 billion in damages for falsely claiming that the deadly 2012 Sandy Hook elementary school shooting was a “hoax.”

The jury in Connecticut, where the massacre took place, awarded $965 million to the families of eight Sandy Hook victims and an FBI agent who brought the defamation case against Jones.

Several family members who were in the courtroom broke down in sobs as the damage awards were read out by a clerk of the court. Jones was not present.

“It shows that the internet is not the wild, wild west and that your actions have consequences,” said Bill Sherlach, whose wife, Mary, died at Sandy Hook. “People like Alex Jones will have to rethink what they say and how they say it.”

Jones, founder of the website InfoWars and host of a popular radio show, has been found liable in multiple defamation lawsuits brought by relatives of the victims of the shooting in Newtown, Connecticut, which left 20 children and six teachers dead.

The 48-year-old Jones claimed for years on his show that the Sandy Hook shooting was “staged” by gun control activists and that the parents were “crisis actors,” but has since acknowledged it was “100 percent real.”

Sandy Hook families maintained that his lies and denialism, coupled with his ability to influence the beliefs of thousands of followers, caused real emotional trauma.

Jones was also accused of pulling in massive profits from various products he sold on his website.

A Texas jury ordered Jones last month to pay nearly $50 million in damages to Neil Heslin and Scarlett Lewis, whose six-year-old son Jesse was killed by the 20-year-old gunman behind the Sandy Hook shooting.

The latest trial was held in Waterbury, Connecticut, less than 20 miles (30 kilometers) from Newtown.

The six-person jury awarded damages for defamation, slander and emotional distress to a total of 15 plaintiffs ranging from a low of $28 million to a high of $120 million to Robbie Parker, whose six-year-old daughter Emilie died at Sandy Hook.

William Aldenberg, an FBI agent who responded to the Sandy Hook shooting and joined the families in filing the lawsuit against Jones, was awarded $90 million in damages.

Jones was appearing live on his InfoWars website as the damage awards were read out in court and said he planned to appeal.

“This is what a show trial is like,” he said, while appealing to his listeners to visit his website and buy his products.

Chris Mattei, a lawyer for the families, welcomed the jury’s decision.

“We believe it is historic and we are going to enforce this verdict,” Mattei told reporters.

“And if you’re out there right now and you’re one of Alex Jones’s audience members, and you’re considering giving him money, I just want you to know that based on the jury’s verdict today, it’s not a very good bet,” he said.

“All Alex Jones does is take from you, exploit you, lie to you, feed your fears and your anxieties and your mistrust,” he said. “Well, that stops, that’s stopping today, thanks to the courage of these families.”

Jones, a vocal supporter of former president Donald Trump, is also under scrutiny over the January 6, 2021 assault on the US Capitol.

Trump appeared frequently on Jones’ radio show during his 2016 White House campaign and the InfoWars founder was in Washington when supporters of the then-president stormed Congress in a bid to prevent certification of Democrat Joe Biden’s election victory.