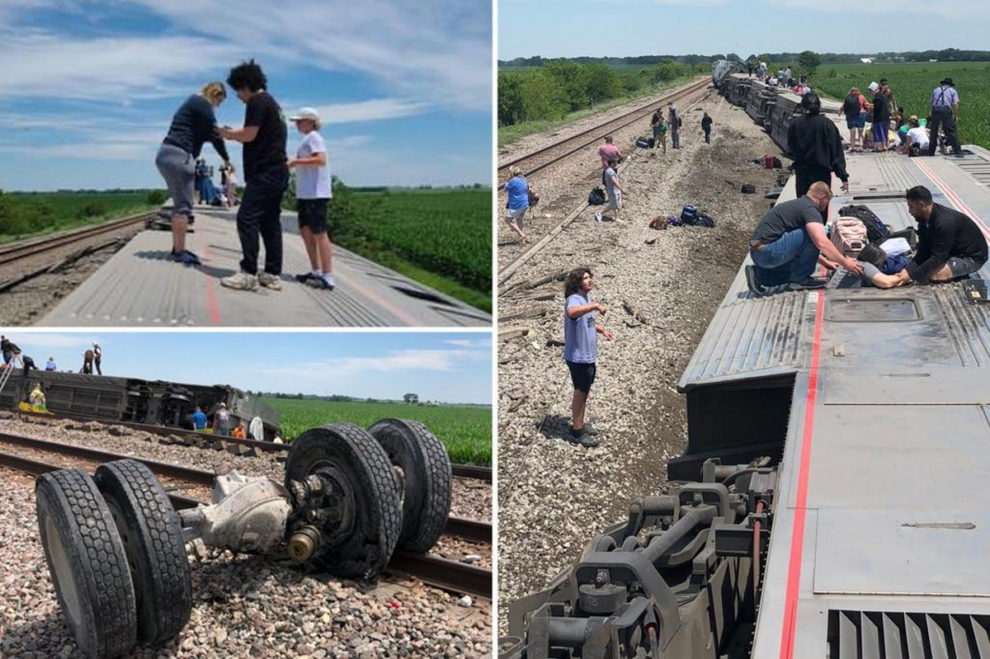 Several cars of a long-distance train derailed Monday afternoon in the US state of Missouri, with early reports of injuries among the nearly 250 passengers, the rail company said.

The Amtrak train, traveling on a route from Los Angeles to Chicago, struck a dump truck at a public rail crossing in the area of Mendon, Missouri.

“There are approximately 243 passengers onboard with early reports of injuries,” the company said in a statement, adding that it had dispatched employees to assist local authorities in the response.

Images shared on social media showed at least five railcars on their side in a corn field, with passengers climbing out the windows and doors.

AFP was not able to immediately confirm the authenticity of the images.

The derailment comes one day after another Amtrak-operated train collided with a passenger vehicle at a railroad crossing in California, resulting in three deaths.

The crossing involved did not have guards, and a local fire official said it was not uncommon to have accidents there, the local NBC affiliate reported.