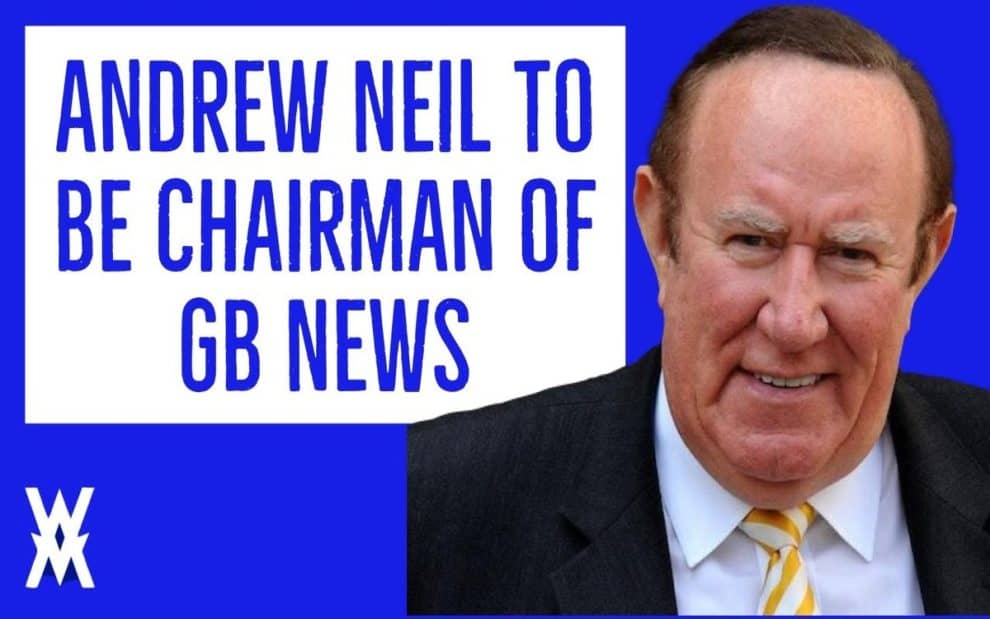 Andrew Neil’s GB news channel will launch next year, but will it really change the UK media landscape?

Veteran broadcaster Andrew Neil aims to launch a channel for ‘unheard voices’, but will we really see any difference from the British mainstream media?

The media landscape in Britain has been stagnant for some time now, with more and more criticism of the state broadcaster the BBC, and only Sky News rivaling it in terms of rolling UK news channels. The mainstream media showed itself to be particularly out of touch with public sentiment during the EU referendum campaign, as it leaned more towards remaining in the EU than Brexit. However it’s being said this could change with the launch of a brand new television channel, GB news, next year.

Chairing the new $66 million channel is to be Andrew Neil, the longstanding Scottish BBC political anchor, known for his tough questioning. Neil has decades of experience in mainstream news, having been editor of the Sunday Times, founding the Sky news channel back in the 1980s and working at the BBC for several decades. In interviews this week Neil said that GB news was ‘the most exciting thing to happen in British television news for more than 20 years.’ He promises it will not be so much rolling news, as is the case on the BBC news channel and Sky news, but more presenter-centred, opinionated programming along the lines of US news channels such as Fox news.  It is thought that this has become a more popular format in recent times.

Neil also says that GB news will ‘champion robust, balanced debate and a range of perspectives on the issues that affect everyone in the UK, not just those living in the London area.’ But given the fact that Mr Neil is chairman of the company which owns the right-wing Spectator magazine, and that he has previously worked for the Conservative party, it is already being suggested that this channel will have a decidedly right-wing agenda.  Indeed the news has been welcomed by Brexit supporters, with Leave campaigner Darren Grimes tweeting that the channel launch was ‘so exciting!’.

Andrew Neil has said that his new channel will be ‘aimed at the vast number of British people who feel undeserved and unheard by their media’. However it remains to be seen just how different will this channel be from the mainstream media. Brexit supporters and champions of free speech could be left disappointed. Andrew Neil himself has long ties to the establishment, but aside from that, Andrew Cole, the co-owner, is deeply rooted in the mainstream media himself. He is reportedly a director and board member at Liberty Global – a multinational telecommunications company which has already invested in mainstream British broadcasting, owning almost 10% of ITV.  It was even speculated this year that Liberty Global could launch a full takeover of ITV.

Cole has never hidden his dislike of the BBC, saying the state broadcaster is a “disgrace” that “is bad for Britain on so many levels” and “needs to be broken up”. In this he reflects growing apathy towards the BBC in recent years, reflected more and more often in the polls.  One survey this year showed that less than half of people now trust the BBC. It was particularly obvious during the EU referendum campaign when the broadcaster was repeatedly accused of biased reporting against the Leave campaign.

Scottish nationalists have also said for decades that the BBC unfairly treated the Scottish independence cause – hardly surprising given the fact it is a UK state organisation with a specific remit to promote cohesion between the nations of the union.  As one independence activist, Ken MacDonald, writes: ‘any expectation of balance is fatally flawed when the looming prospect of Scottish independence creates a clear danger to the ongoing unity of the UK’. Indeed, given the fact that GB news is to be a UK network, and Andrew Neil himself is a supporter of the Union, it’s unlikely that the new channel will be any different from the BBC when it comes to bias against Scottish independence. And Ofcom regulations do not necessarily ensure balance in this regard. Despite what people think, Ofcom does not require both sides of an argument to be given equal airtime. So it’s completely within the guidelines to have 70% of broadcasting space given to one side and 30% to another.

So while this development will fill a gap in what has been a declining mainstream media landscape, there is no guarantee that it will definitively provide a different platform for alternative viewpoints. Andrew Neil is very much an establishment figure, and as such as likely to head a channel which promotes the entrenched establishment and unionist values.  But did we really expect anything else?

Johanna Ross, a journalist based in Edinburgh, Scotland