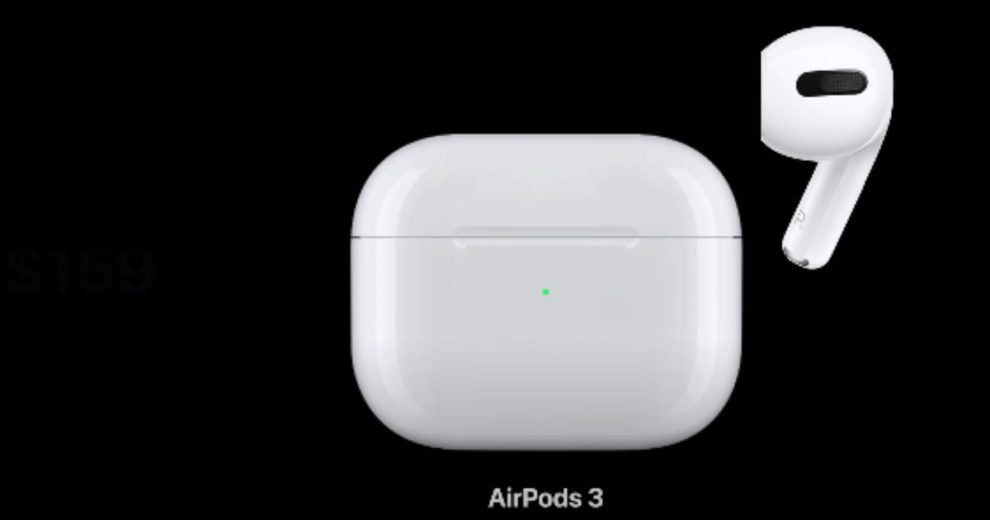 According to reliable analyst Ming-Chi Kuo, Apple is expected to announce the new AirPods 3 as part of Tuesday’s iPhone 13 event. The new ‘AirPods 3’ will be the third generation of Apple’s AirPods earbuds, which were last updated in March 2019.

Apple is expected to announce the new generation of AirPods 3 on Tuesday late night, along with the unveiling of the new iPhone lineup.

According to analyst Ming-Chi Kuo’s report, the ‘AirPods 3’ will be the next generation of Apple’s AirPods earbuds, which were last updated in March 2019.

However, according to 9To5Mac, Kuo stated that Apple will continue to sell the second-generation AirPods once the new models are released.

According to Kuo, this indicates that either the AirPods 3 will be sold at a higher price – current models start at $159 – or that the AirPods 2 will be reduced in price alongside the AirPods 3 release, adopting the current AirPods 2’s price point.

According to previous rumours, the new AirPods models will have a new design that resembles the shape of the current-generation AirPods Pro, with shorter stems on the earbuds themselves.

According to the report, the AirPods 3 will not include active noise cancellation features, which will be reserved for the AirPods Pro and AirPods Max.

However, the AirPods 3 are expected to support head-tracking Spatial Audio, which coincides with the release of iOS 15, which enhances Dolby Atmos music as well as video content with the head-tracking effect.

Other products at Apple event

Meanwhile, the tech giant is expected to unveil the iPhone 13 lineup, the Apple Watch Series 7, as well as new iPads and Macs this year.

The Apple Watch Series 7 will be available in a range of screen sizes ranging from 41mm to 45mm.