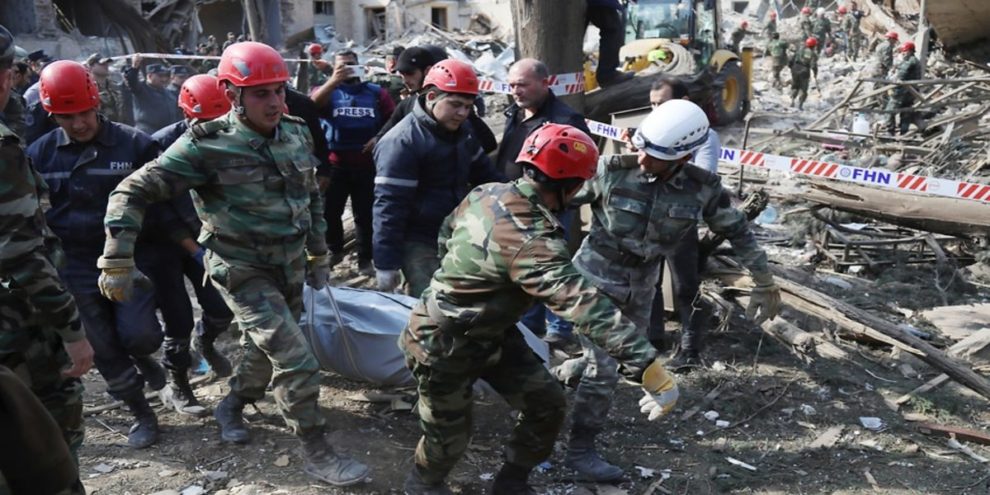 The series of conflicts in the South Caucasus between Armenia and Azerbaijan is threatening to trigger regional powers. This will result in destabilizing the area that serves as an important energy corridor for global markets around the globe. Reports indicate that Armenia is planning to attack the oil gas pipelines in the Azerbaijan region. The pipeline that is likely to bear the burnt between Armenia and Azerbaijan will be the Trans Adriatic Pipeline (TAP).

The Trans Adriatic Pipeline (TAP) is considered the European leg of the Southern Gas Corridor. The pipeline is nearly ready to deliver gas to global markets after approximately 4 1/2 years since the start of its construction. The managing company announced on 12th October that the pipeline will be able to supply gas soon. “TAP is currently finalizing preparations for launching the commercial operations and offering capacity to the markets,” the company stated.

The Trans Adriatic Pipeline is 878-kilometers in length (545.5-mile-long), the massive pipeline connects with the Trans Anatolian Natural Gas Pipeline near the Turkish-Greek border in Kipoi. The pipeline further crosses Greece, Albania and the Adriatic Sea before coming ashore near southern Italy. The massive pipeline project will supply natural gas from the giant Shah Deniz II field in the Azerbaijani sector of the Caspian Sea to regions of Europe.

These enthusiastic plans faced a drawback on Wednesday when Azerbaijan accused Armenia of attempting to launch an attack on its gas and oil pipelines. Azerbaijan further warned of a “severe” response in retaliation of the potential attack. This announcement was made amidst tensions mounting over a fraying ceasefire between Armenia and Azerbaijan in the mountain enclave of Nagorno-Karabakh.

“Armenia is trying to attack and take control of our pipelines,” said the Azeri President, Ilham Aliyev in an interview with Haberturk, a Turkish broadcaster. “If Armenia tries to take control of the pipelines there, I can say that the outcome will be severe for them,” he warned.

Armenia responded by denying targeting Azeri pipelines, which transport oil and gas to the global markets. However, there are increasing concerns regarding the conflict after the failure of a four-day-old ceasefire to end the worst clash in decades over the tiny territory situated in the South Caucasus.

The violence spurred on till  Wednesday. The continuous clashes have raised fears that big regional powers, Turkey and Russia could be sucked into the conflict which will lead to further bloodshed.

Armenia military coup: Everything you need to know