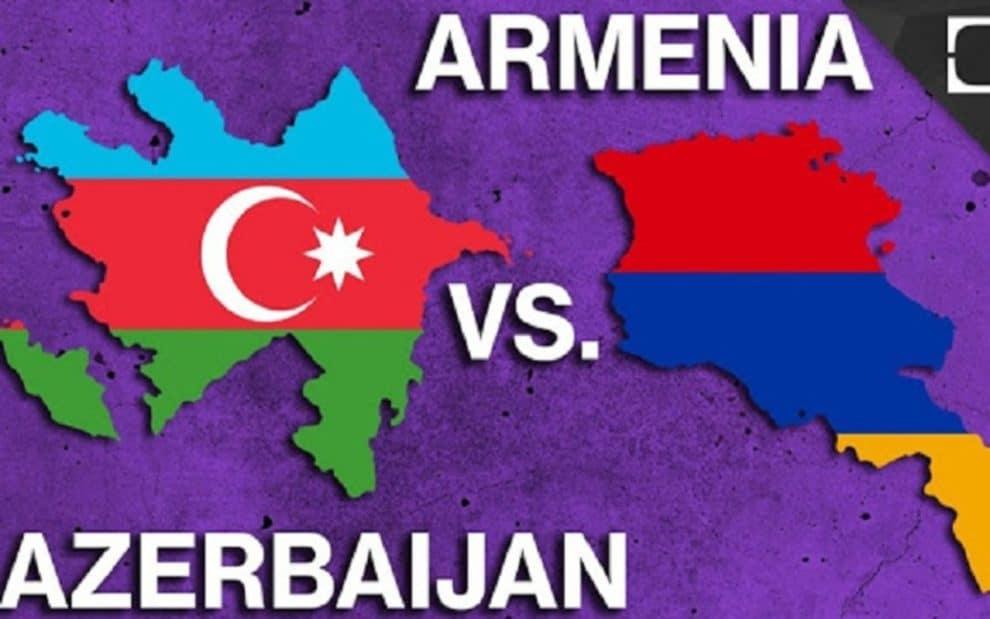 This weekend’s resumption of hostilities in Nagorno-Karabakh has led to an explosion of fake news narratives about the conflict, hence the reason for writing this piece in order to debunk the top five ones that have since proliferated across the Alt-Media Community.

Nagorno-Karabakh is back in the news after this weekend’s resumption of hostilities. The author wrote about the latest clashes in his piece about how “Azerbaijan’s Counteroffensive Is Legal But Might Inadvertently Spiral Out Of Control”, which also cites three recent analyses from over the summer that were published after the clashes during that time. All four articles are important to read in order to obtain a deeper understanding of this complex conflict’s background and contemporary context. The present piece, however, focuses solely on debunking the top five fake news narratives that have proliferated across the Alt-Media Community about this issue. Each one begins with a paraphrased summary of the false claim in question, which is then concisely debunked. Without further ado, here are the five most popular fake news claims about this conflict:

Most of the inhabitants of Azerbaijan’s former Nagorno-Karabakh Autonomous Oblast are ethnic Armenians who aspired to separate from their country in order to join their nearby titular nation in the last days of the Old Cold War. The resultant conflict that this sparked led to the region’s occupation by the Armenian Armed Forces as well as the occupation of some of the surrounding environs that were never originally part of the former autonomous oblast in question. To this day, not a single country in the world — Armenia included — officially recognizes Nagorno-Karabakh as “independent”, though Armenian Prime Minister Pashinyan hinted on Sunday that he might consider doing so. Nevertheless, as it presently stands at the time of writing, there is unanimous acknowledgment in the international community of the fact that Nagorno-Karabakh is part of Azerbaijan despite being mostly inhabited by ethnic Armenians.

2. “Azerbaijan Started An Illegal War Of Aggression Against Armenia”

Four UNSC Resolutions (822, 853, 874, 884) have been passed demanding that Armenia withdraw its military forces from Azerbaijan, which it refuses to do to this day. Armenia is therefore the internationally recognized aggressor state in this conflict which continues to occupy its neighbor’s territory. Azerbaijan has the UN-enshrined legal right to defend itself and remove foreign military forces from its land. Although Armenia and Azerbaijan accuse one another of provoking the latest round of violence, it’s irrelevant who actually fired the first shot this time since there’s no question that Armenia is the occupying force on internationally recognized Azerbaijani territory. The truth is that Armenia is the one that started an illegal war of aggression against Azerbaijan decades ago, though its proponents portray it as a “humanitarian intervention”. Although everyone is entitled to their own opinion, the indisputable fact is that the UNSC doesn’t agree with Armenia’s version.

3. “Russia Will Defend The Armenian Forces In Nagorno-Karabakh”

Russia and Armenia are mutual defense allies through the Collective Security Treaty Organization (CSTO), but Moscow doesn’t recognize Nagorno-Karabakh as anything other than Azerbaijani territory. Its security guarantees are therefore limited only to protecting internationally recognized Armenian territory from foreign aggression, not intervening in Nagorno-Karabakh. It shouldn’t be forgotten that Russia is also a member of the same UNSC which voted four separate times to demand Armenia’s withdrawal from Azerbaijani territory. The CSTO is therefore only relevant insofar as serving as a deterrent to Turkish military intervention against Armenia in Azerbaijan’s support or the scenario of Azerbaijan attacking internationally recognized Armenian territory as part of its counteroffensive. Even then, however, Ankara and Baku can argue that they were taking preemptive action to stop Armenian aggression against their own territories, thus creating a legal dilemma for Moscow.

4. “Turkey Provoked The Latest Hostilities As Part Of Its Neo-Ottoman Strategy”

There’s no doubt that Turkey has become much more regionally assertive over the past decade through what many have described as its “Neo-Ottoman strategy”, but the country is already caught up in such a wide range of conflicts at the moment (Iraq, Syria, Cyprus, Greece, Libya) that it doesn’t have any interest in getting involved in another one. This is even more so the case when considering that Armenia is Russia’s CSTO ally and that the worst-case scenario involves an Armenian-Azerbaijani war becoming a CSTO-NATO proxy war or even a direct one. Turkey is also close strategic partners with Russia nowadays despite occasional differences of approach to some regional issues such as Syria and Libya. They cooperate real closely on military-technical issues such as the S-400s and energy ones like Turkish Stream. Jeopardizing this relationship and risking the worst-case scenario of a CSTO-NATO war just for the sake of regaining imperial-era glory is irrational.

5. “Azerbaijan Is An Israeli Ally So All Anti-Zionists Should Support Armenia”

Azerbaijan sells energy to “Israel” and also purchases military equipment from it, but Armenia is also on pretty good terms with the self-professed “Jewish State”. In fact, it can be argued (though importantly without endorsing it) that Azerbaijan has a more balanced relationship with “Israel” than Armenia does. After all, Armenia recently opened an embassy there despite previously promising not to ever do so unless “Israel” recognized the events that Armenia and a few dozen other countries across the world including Russia regard as the “Armenian Genocide”. Yerevan reversed its own prior policy in this respect even though it didn’t receive anything tangible in return, thus making Tel Aviv the indisputably dominant partner in that relationship. Armenia submitted to “Israel” so as to pave the way for their influential lobbyists partnering with one another as they assemble a united anti-Turkish front, but it comes off as desperate and definitely isn’t “anti-Zionist”.

Taking into account the author’s debunking of the top five fake news narratives about Nagorno-Karabakh, it’s clear that an intense infowar is being waged by Armenia’s supporters to denigrate Azerbaijan in the eyes of the Alt-Media Community. Although mostly ethnically Armenian, the region in question is legally Azerbaijani, and the UNSC has called on Armenia to withdraw from this territory and the occupied surrounding regions on four occasions. Russia doesn’t support the armed Armenian separatists there, and Turkey isn’t meddling in this matter either. Both want peace, not war. As for who anti-Zionists should support, neither Azerbaijan nor Armenia meet that ideological criteria as both are partnered with “Israel” to differing extents. In conclusion, everyone is entitled to their own views on this matter, but no one should spread false narratives about it.