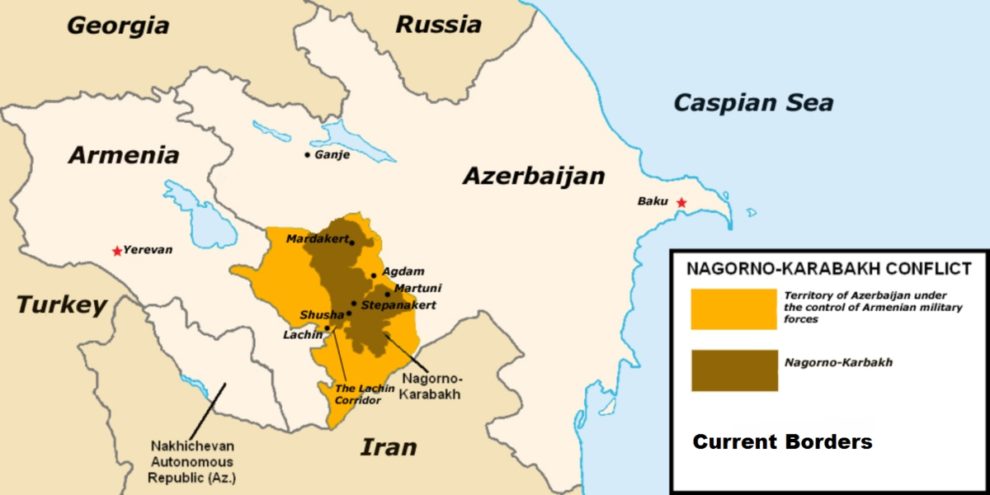 Azerbaijan announced Wednesday it had taken control of several strategic heights in the disputed region of Nagorno-Karabakh in a new escalation that killed three soldiers.

The Azerbaijani army said it conducted the operation dubbed “Revenge” in response to the “terrorist actions of illegal Armenian armed groups on the territory of Azerbaijan” which claimed the life of an Azeri soldier.

Arch enemies Armenia and Azerbaijan fought two wars — in 2020 and in the 1990s — over Azerbaijan’s Armenian-populated region of Nagorno-Karabakh.

Six weeks of fighting in the autumn of 2020 claimed more than 6,500 lives and ended with a Russian-brokered ceasefire agreement.

Armenia ceded swathes of territory it had controlled for decades, and Russia deployed some 2,000 peacekeepers to oversee the fragile truce, but tensions persist despite a ceasefire agreement.

On Wednesday, the Azerbaijani defence ministry said Karabakh troops targeted Azerbaijani army positions in the district of Lachin, which is under the supervision of the Russian peacekeeping force, killing an Azerbaijani conscript.

EU to double gas imports from Azerbaijan within ‘few years’