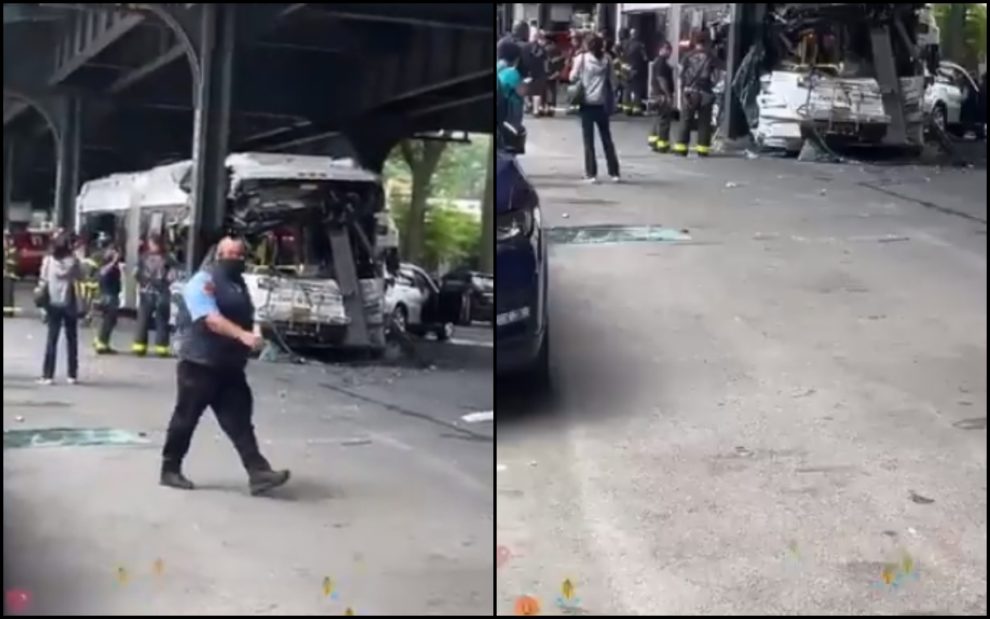 According to the FDNY, a Bee-Line Bus from Westchester collided with a subway support column in Norwood, injuring 14 people.

The collision occurred at the intersection of East Gun Hill Road and Jerome Avenue.

Authorities confirmed that 14 people were transported to the hospital, but their current conditions are unknown.

According to News 12 sources, a 65-year-old man injured in the accident may not survive.

A silver SUV appears to have been involved in the accident as well.

As seen in the surveillance video, two cars collided, and the force of the collision pushed one of the vehicles into a bus, which then smashed into a subway support pillar.

The bus in question was the Bee-Line No. 4, which runs from the Bronx to Yonkers.

Breaking: At least 14 injured after a Bee-Line Bus crashed into a subway support column in Bronx, New York. (Video via Citizen) pic.twitter.com/Ktt1O2m49l

BREAKING: A bee-line system bus crashed into a subway support on Jerome Avenue. Passengers on board that bus, and injuries reported. Other cars were involved. pic.twitter.com/h94TkxgE8v