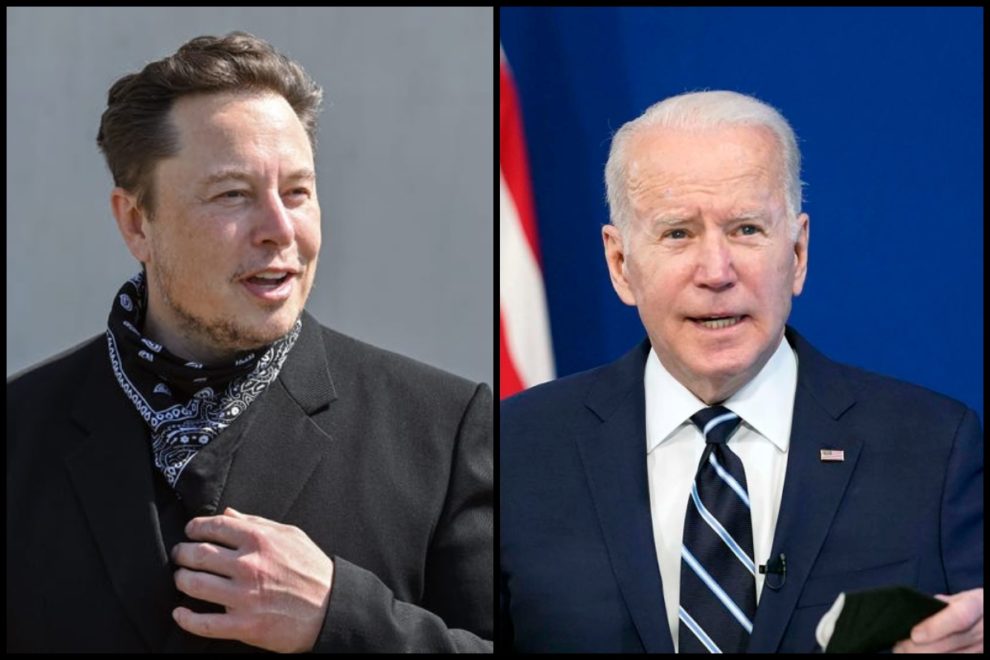 In his first public acknowledgement of Elon Musk’s Tesla’s contribution to the world of electric vehicles (EVs), US President Joe Biden stated that the country is constructing a dependable national public charging network to counter Chinese competition in the EV market.

“From iconic companies like GM and Ford building out new electric vehicle production to Tesla, our nation’s largest electric vehicle manufacturer, to innovative younger companies, manufacturing is coming back to America after decades,” he said late on Tuesday.

On Wednesday, the US President added in a tweet: “China has been at the forefront of the electric vehicle race, but that is about to change. We are constructing a national public charging network that is convenient, dependable, and equitable. It will boost America’s economic competitiveness while also assisting us in addressing the climate crisis “..

After meeting with executives from rival automakers General Motors and Ford Motor, Musk said last month that Biden “is treating the American public like fools.”

Biden invited GM CEO Mary Barra and Ford CEO Jim Farley to the White House, along with other business leaders, to discuss his administration’s $1.75 trillion ‘Build Back Better’ legislation, which had been stalled in the evenly divided Senate after US Senator Joe Manchin (D-WVa.) refused to support it.

The massive spending bill would increase the $7,500 tax credit for union-made electric vehicles to $12,500, as well as make GM and Tesla eligible for the existing tax credit once they reached the 200,000-vehicle limit.

“Companies like GM and Ford are building more electric vehicles here at home than ever before,” the president tweeted after the meeting, prompting the response from Musk that Biden was treating the American public “like fools”.

Musk also tweeted, “Biden is a damp (sock) puppet in human form” and, “Begins with a T, Ends with an A, ESL in the middle.”

It’s not the first time Musk has taken on Biden.

In September of last year, the electric vehicle pioneer stated that the US administration was “perhaps a little biassed” and “seems to be controlled by unions.”

2021 was a watershed moment for Tesla and electric vehicles in general, as the EV manufacturer ended the year with $5.5 billion in net income, up from $721 million in 2020.

The company delivered 936,172 vehicles in 2021, falling just short of the promised 1 million vehicles but still representing an increase of 87% over the previous year.

Gartner predicts that six million electric cars (battery electric and plug-in hybrid) will be shipped globally in 2022, up from four million in 2021.

Greater China will account for 46% of global EV shipments in 2022, thanks to China imposing a mandate on automakers requiring EVs to account for 40% of all sales by 2030 and automakers establishing new factories for manufacturing electric cars. According to Gartner, North America will be the third largest region for EV shipments this year.