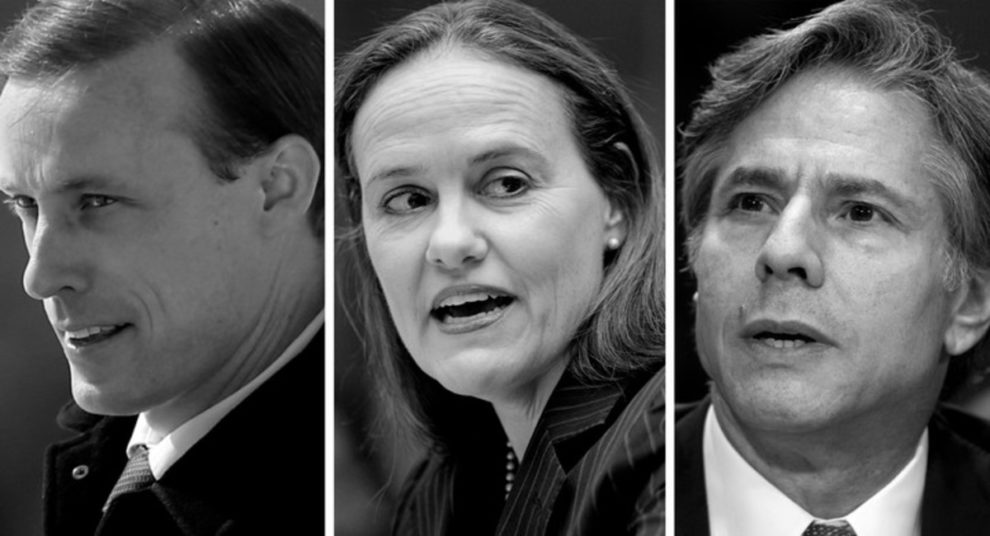 Joe Biden’s team has created a new body, unprecedented in the transitional period between American presidents, and provided the names of six people who will occupy some of the most important positions in his administration if he assumes the presidency on January 20. Judging from those appointed, we have a clear insight into Washington’s foreign policy if Biden enters the White House next year – and there’s no mistaking, “America Is Back,” as Biden announced once again this week.

Biden’s administrative appointments give insight into Washington’s foreign policy if he assumes the presidency.

Judging from the two names listed, Biden gives a decisive sign of discontinuing Trump’s foreign and national security policies. There is also a strong feeling that Biden wants many of the policies made by Barack Obama and Hillary Clinton to return.

Sullivan has already held the position of National Security Advisor and his ideas resemble that of the policies enacted and endorsed by Clinton. In 2008, Sullivan was deputy political director of Obama’s election campaign and even prepared Obama’s televised debates against John McCain. When Clinton became Secretary of State, Sullivan became her Deputy Chief of Staff and the Director of Policy Planning. He has been credited with making significant contributions to Washington’s Libya and Syria policies during the so-called Arab Spring. Sullivan also took part in the negotiation process that would lead to the Geneva accords with Iran, in particular by participating in a series of secret meetings held in Oman.

As for Blinken, he was National Security Advisor to Vice President Biden between 2009 and 2013 right before Sullivan. He then became Obama’s Deputy National Security Advisor between 2013 and 2015 and finally Deputy Secretary of State. In these positions, he had a significant role in policies adopted for Afghanistan and Pakistan, as well as negotiations with Iran. He also influenced the American response to Crimea’s reunification with Russia where he argued the necessity for sanctions against Moscow. After Trump’s ascent to the White House, Blinken worked as a global policy expert for CNN.

The combination of these two appointments suggests important changes could begin on January 20, both in the global posture of the U.S. and in the choices that will be made in some crucial areas, confirming the underlying difference between Biden’s vision and Trump’s. Under Biden, the U.S. will attempt to regain the global influence it lost under Trump. In doing so, the architects of Washington’s new foreign policies will undoubtedly have full support from the American establishment and much more resources at its disposal.

It is reasonable to assume that Washington’s re-engagement with the world under a Biden presidency will begin with renewed pressure against governments whose economic and political systems ​​do not reflect those of Western liberalism. We can expect that Biden will offer support to political oppositions, like he has already said he will do in Turkey, or with economic measures like sanctions. These measures will most likely reverberate not only against Russia, but also several countries like Syria, Turkey and Serbia.

A reassessment of bilateral relations with Iran is also likely, albeit most probably not how it was under Obama. Among the people that Biden selected, there is indeed an opportunity to abandon the policy of maximum pressure against the Islamic Republic to induce negotiations and potentially dismantle sanctions. Perhaps Tehran could be convinced to abandon its nuclear program.

With China, defined as a competitor rather than a rival by Biden, intense negotiations will likely occur. However, trade wars will probably be renounced, which for Trump was not only a system to rebalance trade and attempt to relaunch U.S. manufacturing, but also a form of disguised strategic embargo aimed at slowing the economic and military growth of China.

Although not confirmed yet, just like Biden’s success in the 2020 elections, it is being flouted in U.S. media that Michele Flournoy, former Undersecretary of Defense between 2009 and 2012, will likely become the chief of the Pentagon. She sits on the board of directors of the Atlantic Council, a Washington D.C. think tank known for viscerally alleging Russian hackers steered the 2016 American elections in Trump’s favor. As given in the name, the think-tank is a major hub of disseminating Atlanticism and U.S. unipolarity.

The appointments of Sullivan and Blinken, and potentially Flournoy, demonstrates that a Biden administration would be steered against states opposing U.S. unilateralism and unipolarity, particularly Russia. Although we can expect softer stances towards China and Iran, it will still be far removed from normality. In addition, with Biden frequently emphasizing that “America is back,” it gives a clear indication that the period of Washington’s limited isolation from the world stage under Trump has come to an end. Biden has already promised to help political opposition, without specifying exactly where except in the case of Turkey, but we can expect that this would include Russia, Belarus and Syria, all with the aim of weakening Moscow’s influence and geopolitical position. Therefore, we can also expect more color revolutions in areas that are critical to Russia’s security and geopolitical aims.