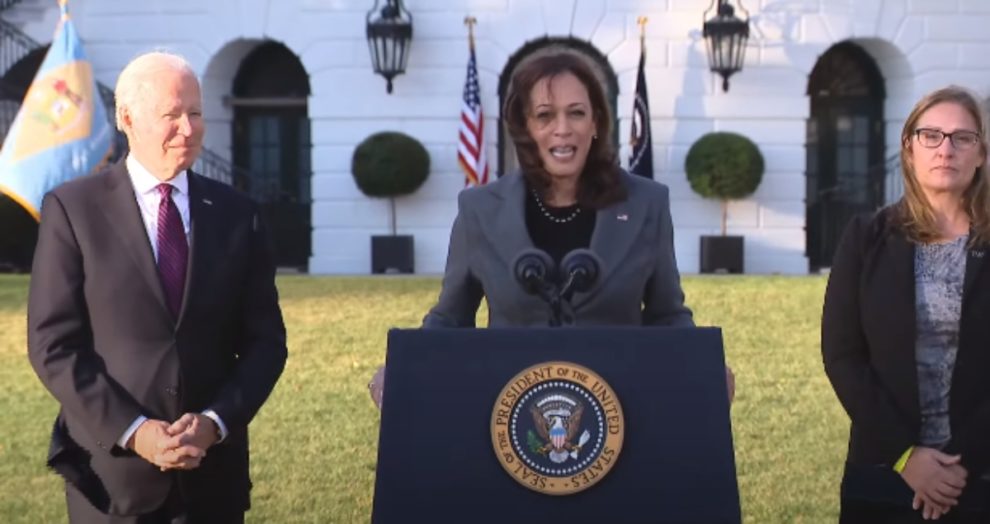 US President Joe Biden has announced his intention to run for re-election in 2024. However, not all Democrats agree with him. They are also sceptical that his No. 2 would be the clear heir if he chose to opt out, according to Politico.

As Vice President Kamala Harris grapples with a portfolio of seemingly intractable issues and responsibilities that have taken her away from the national spotlight – she Zoomed into the infrastructure Cabinet meeting from Paris on Friday – other Democrats, according to the report, have raised their own national profiles.

All of this adds to the Democratic Party’s and Harris‘s electoral uncertainty, as they remain dependent on Biden’s success and uncertain about his future.

According to the report, Biden has also stated that he wants to be a bridge to the next generation, which has fueled widespread speculation that he may step down to make way for a younger Democratic candidate.

The person on the other side of the bridge is usually the vice president. However, less than a year into her presidency, more than a dozen Democratic officials, some of whom are affiliated with potential candidates, say Harris is not scaring off any potential opponents, according to the report.

Harris’ office is well aware of these sentiments as well as the terrain ahead of her. They maintain that she is only interested in being “Joe Biden’s Joe Biden,” a strategy that could endear her to both Biden and his political network and potentially result in a Biden endorsement if the time comes.

Harris’ two main agenda items are voting rights and migration from Central American countries in the Northern Triangle. Both are difficult issues with few simple solutions. And, as a result of the lack of clear progress on both, Harris has come under fire from both the right and the left. According to the report, there are other potential candidates who have made national headlines on both fronts.

Meanwhile, while the administration’s official stance has been “do not come,” Harris’ “do not come” warning to migrants earlier this year has earned the ire of some Latino circles.

Famed journalist Jorge Ramos penned a furious column after her remarks, with the question: “What would have happened if a US politician had told Harris’ Indian mother or her Jamaican father not to come to the US to study?”

Charles Burson, former Vice President Al Gore’s White House chief of staff during his presidential campaign, believes Harris still has time to take on a large portfolio item that isn’t “impossible” and could allow her to “(elevate her) profile to the point where the party and the nation look to you as the leader.”

For now, Harris is operating in a media environment where “there’s this assumption that a vice president’s going to clear the field,” said Joel K. Goldstein, author of “The White House Vice Presidency: The Path to Significance, Mondale to Biden.”

Harris’ position as vice president is more akin to that of a senior adviser. It has put her in close proximity to the president, but it has also put her political future on hold as she follows the administration’s lead.

Allies point out that voters don’t see Harris in many of her roles or hear the advice she gives Biden in the Oval Office, leaving her vulnerable to public perception and media coverage of the role she’s playing, according to the report.