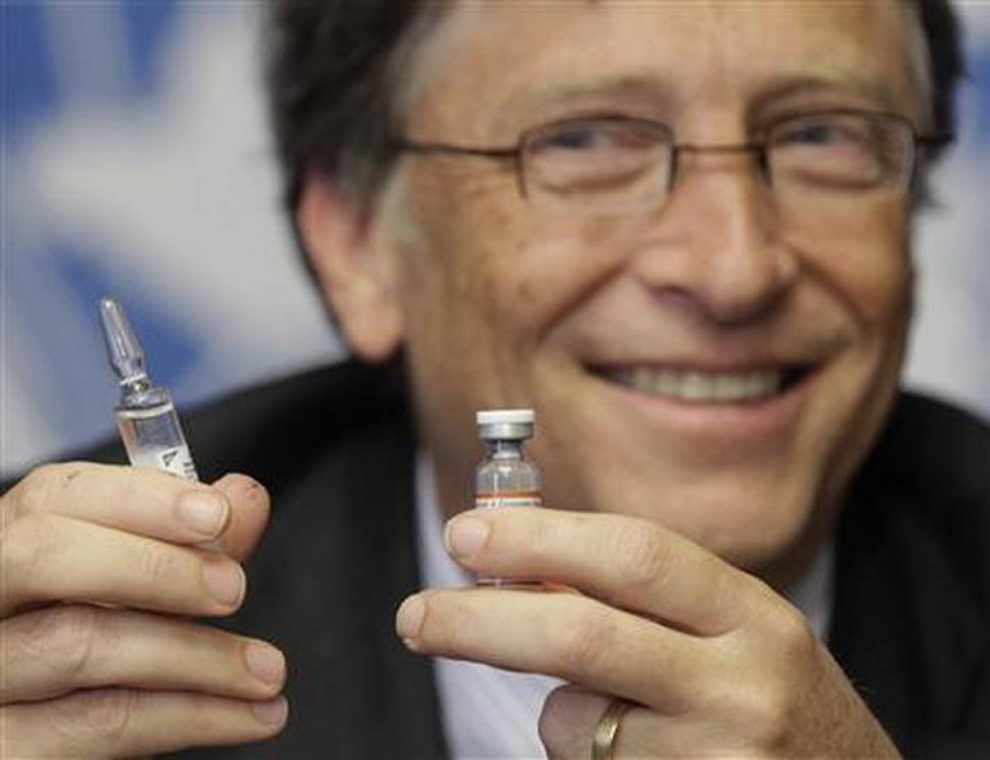 For all his philanthropy, Gates is deeply committed to protecting the rights of patent holders.

Hard to believe now, but in the first few months of the pandemic it looked like the world was going to act together to develop a “people’s vaccine.”

Given the scope and urgency of the looming crisis in February 2020, hundreds of global health experts and researchers converged for two intense days at the Geneva headquarters of the World Health Organization (WHO) where they drew up extensive plans for pooling global scientific knowledge in order to expedite the quest for a vaccine.

Their plan amounted to a bold rejection of the usual pharmaceutical model where drug companies carry out research behind proprietary walls, jealously guarding their “intellectual property” as they race to get a patent, which will give them a monopoly on their new product.

Instead, the urgent plan drawn up at WHO headquarters by some of the world’s top infectious disease experts was based on a concept rarely seen in the ultra-lucrative world of pharmaceutical drugs—co-operation in the interests of creating a public good.

The Gates-Big Pharma model has been a disaster, with pharmaceutical companies making astronomical profits as they dole out scarce supplies of their patented COVID vaccines to the highest bidders, leaving poor countries with little chance of vaccinating their people before 2024.

But, in the grim winter and early spring of 2020, governments around the world were sufficiently scared of the deadly new virus that they seemed willing to embrace such a radical scheme—even over the objections of Big Pharma.

“The early days featured tantalizing glimpses of an open-science, co-operative pandemic response,” notes Alexander Zaitchik, author of the forthcoming book “Owning the Sun: A People’s History of Monopoly Medicine, from Aspirin to COVID-19.”

But the inspiring plan devised by the scientists—which promised to create a vaccine essentially belonging to the world’s people, not to corporate shareholders—was crushed fairly decisively when Bill Gates ventured into the fray.

The multibillionaire, often described as the “global health czar,” has achieved an exulted, almost revered status for giving away tens of billions of his fortune in a seemingly selfless effort to help the world.

Unlike other billionaire philanthropists, who lavish money on their alma maters or prestigious cultural institutions, Gates has focused on helping the world’s poor.

Long before the pandemic struck, Gates was channelling billions from his foundation to support vaccine programs in the developing world.

And yet, as Zaitchik documents, Gates almost single-handedly derailed the plan that could have led to a “people’s vaccine.”

That’s because, for all his philanthropy, Gates is deeply committed to protecting the rights of patent holders. He made his own mega-fortune through patents on his computer innovations and has long supported the pharmaceutical industry’s claim that patents are necessary to encourage investment.

Big Pharma has been only too happy to let the selfless billionaire be the frontman for their cause, seemingly providing evidence of its moral validity.

So, even before the scientific community had a chance to launch its co-operative public initiative in May 2020, Gates had put forward his own COVID initiative based on protecting drug patents and encouraging vaccine philanthropy.

Of course, the Gates-Big Pharma model has been a disaster, with pharmaceutical companies making astronomical profits as they dole out scarce supplies of their patented COVID vaccines to the highest bidders, leaving poor countries with little chance of vaccinating their people before 2024.

This abject failure prompted an alliance of developing nations, led by South Africa and India, to demand that patents be waived for COVID vaccines and drugs until the end of the pandemic.

For months, rich countries rejected the patent-waiver demand. But a surprise recent endorsement by the Biden administration has changed the dynamics somewhat, pushing even the Bill and Melinda Gates Foundation to support the poor countries’ initiative, although Gates himself has not changed his tune.

Among other things, the vaccine tragedy highlights the danger posed by the extreme concentration of wealth and power that Bill Gates represents.

It turns out that his mega-philanthropy comes with a hitch: it enables Gates to develop extraordinary influence over crucial matters, such as whether or not the world’s poor will have a chance to survive the pandemic.

Dr. Jonas Salk, developer of the polio vaccine, famously dismissed a question about ownership of his discovery with the question: “Could you patent the sun?”

To which Bill Gates would presumably reply: “Absolutely. How else can we encourage investment?”