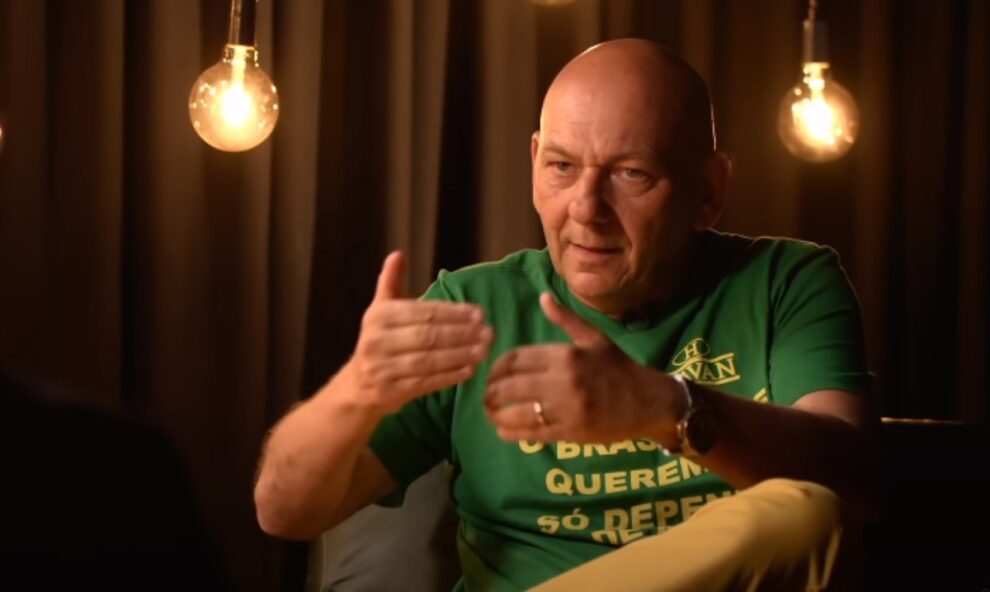 Brazilian billionaire Luciano Hang said he was being censored as authorities blocked his social media accounts after he and other prominent businessmen were accused of plotting a coup if President Jair Bolsonaro is not reelected.

Hang, the majority owner of department store chain Havan, was targeted by police raids Tuesday after a media report said he and other pro-Bolsonaro businessmen had discussed a potential coup if the far-right president does not win reelection in October.

“They can take away my social networks, but they’ll never shut me up!” said Hang, who has an estimated fortune of $4.8 billion, according to Forbes, built on an empire of department stores known for displaying giant replicas of the Statue of Liberty.

“Say no to censorship! You could be next,” he posted on his Twitter account — which was blocked in Brazil, with the message “@LucianoHangBr’s account has been withheld in Brazil in response to a legal demand.”

News site Metropoles reported last week that a WhatsApp messenger group including Hang and other business leaders had “openly defended a coup” if Bolsonaro loses to leftist ex-president Luiz Inacio Lula da Silva of the Workers’ Party (PT), who leads in the polls.

The report cited leaked messages in which group members said they “prefer a coup to the return of the PT” and that “the victims’ blood will become the blood of heroes.”

Hang, 59, confirmed he had been targeted.

Several of those accused, including Hang, denied attacking democracy.

“I never plotted any kind of coup. I defend freedom and democracy,” Hang said in a statement released by his company.