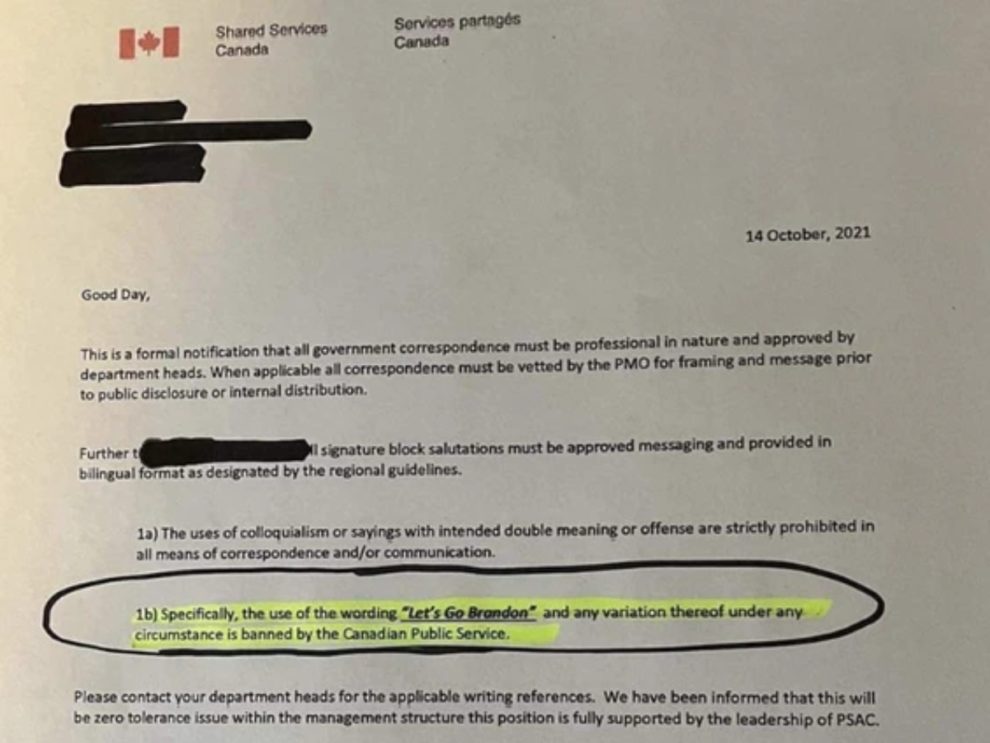 The authenticity of an alleged leaked memo from the Canadian government prohibiting the anti-Biden phrase “Let’s Go Brandon” has been confirmed.

Canadian federal government has stated that it has nothing to do with a memo widely circulated on the internet purporting to order a ban on the use of the phrase “Let’s go Brandon” by Canada’s civil servants.

Canadian government workers must not say "Let's Go Brandon", or any variation thereof, in any communication.

On Sunday, a tweet claimed to show a document sent on October 14th by Shared Services Canada, the federal agency for the Canadian government’s tech support, stating that government employees were prohibited from using the slogan that has become popular among Donald Trump supporters.

The memo read, “The uses of colloquialism or sayings with intended double meaning or offense are strictly prohibited in all means of correspondence or communication … specifically, the use of the wording ‘let’s go Brandon’ and any variation thereof.”

According to the National Post, the image of the memo appears to have come from a Twitter account with fewer than 200 followers, who claimed it was sent to them by a friend in Canada.

The phrase “Let’s Go Brandon” was coined by a NASCAR reporter associated with NBC, who was hilariously attempting to drown out the crowd’s “F*ck Joe Biden” chants.