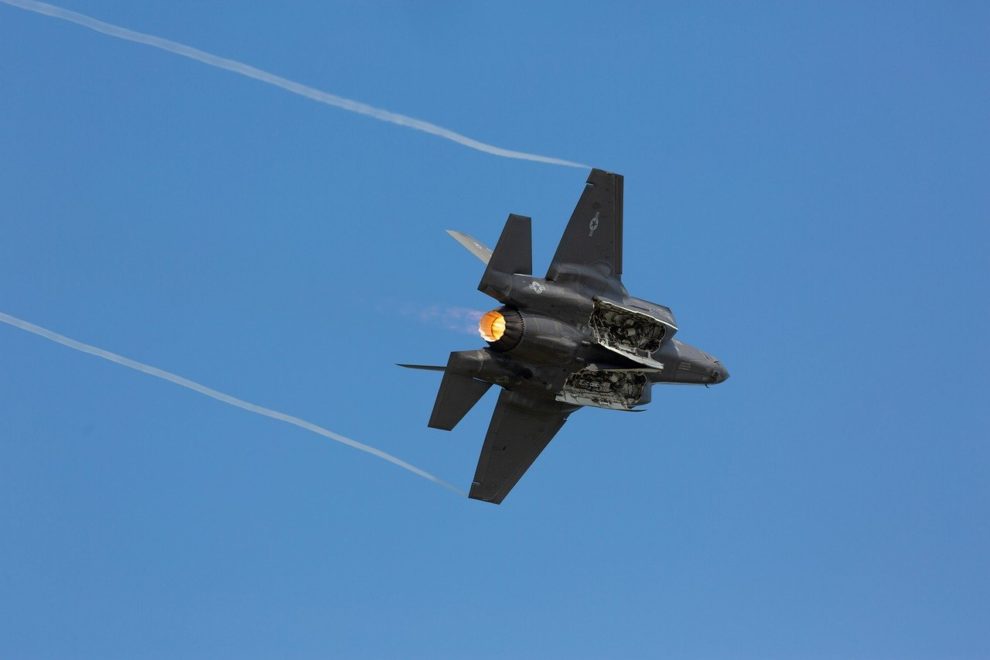 The F-35 “has proven to be a mature, capable and interoperable aircraft and that is why we are moving to the finalization phase of this procurement,” Defense Minister Anita Anand told a joint news conference with Procurement Minister Filomena Tassi.

“Canada has one of the greatest air spaces in the world and we have to make sure that our next fleet of fighter jets is flexible, agile and able to meet a wide spectrum of threats,” she said.

Lockheed’s fifth-generation F-35 stealth jets are considered the most modern combat aircraft in the world, and their unique shape and coating make them harder to detect by enemy radar.

The new aircraft’s central role will be to patrol North American air space with the US Air Force under NORAD.

But it could also be tasked with helping to bolster NATO defenses in Europe, or other overseas missions.

Foreign Minister Melanie Joly told reporters in Ottawa that the F-35 decision was “an important step in making sure that we increase our capacity on the military side.”

“Why? Because… the world changed on February 24th,” she said in reference to the start of Russia-Ukraine conflict.

Top bidder Lockheed Martin beat out Saab’s Gripen, after Boeing’s Superhornet was excluded from the running, and an Airbus-led consortium and France’s Dassault Aviation withdrew their Typhoon and Rafale fighters, respectively, from the competition.

Ottawa had earmarked Can$19 billion (US$15 billion) for the purchase six years ago, and Tassi said negotiations with Lockheed Martin would now proceed to finalize the contract within the next seven months.

She said she expects “delivery of the aircraft as early as 2025.”

Canada spent two decades helping to develop the stealth fighter with the United States and its allies.

But when Prime Minister Justin Trudeau’s Liberals swept to power in 2015 he scrapped three previous administrations’ plans to purchase the state-of-the-art F-35 to replace its aging F-18 fleet, calling it too expensive.

Prior to Monday, Canada was the only nation in the partnership not yet committed to buying the F-35s.

This investment in Canada’s air force, according to a government statement, will be the most significant in more than 30 years.

It follows Germany’s announcement mid-March to buy 35 F-35s as part of a multi-billion-euro push to modernize its armed forces in response to Russia’s invasion of Ukraine, and Finland’s order of 64 stealth fighters in December after seeing a spike in incursions into its airspace by Russian jets in recent years.

Airbus said when it withdrew from the Canadian competition in 2019 that NORAD security requirements were too expensive, while sources told AFP that Dassault Aviation was unable to meet technical requirements tied to Canada’s membership in the Five Eyes intelligence sharing group of nations.

The Five Eyes group is comprised of Canada, the United States, Britain, Australia and New Zealand.

Ottawa had planned to buy 18 new Boeing Super Hornets as a stopgap while it relaunched the procurement competition, but that deal fell apart over a trade dispute.

Boeing had filed a trade complaint against Canada’s Bombardier in an effort to keep Bombardier’s new CSeries jetliners out of the US market, resulting in 300 percent duties being slapped on the planes.

Bombardier eventually sold a majority stake in the new plane to Airbus.

And Canada bought 18 used Australian F-18 jets to fill an air force interim capability gap. These were similar to its own F-18s, which were first deployed in 1983.