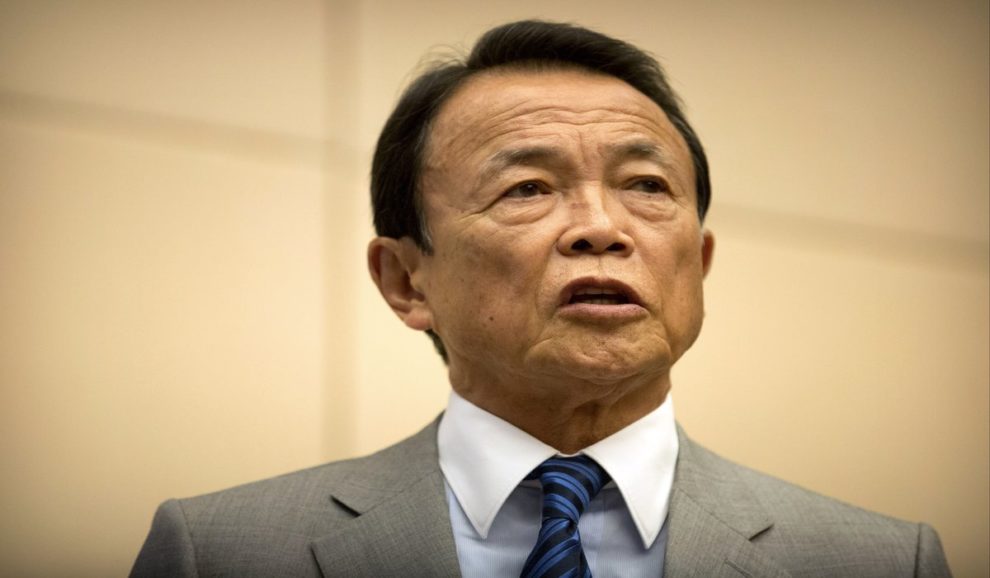 According to Kyodo news agency, Japan’s deputy prime minister said the country needed to defend Taiwan with the US if the island was invaded, infuriating Beijing, which considers Taiwan to be its own territory.

China has never ruled out the use of force to reunite Taiwan with the mainland, and recent military drills between China and Taiwan across the Taiwan Strait have heightened tensions.

“If a major problem occurred in Taiwan, it would not be too much of an exaggeration to say that it could relate to a survival-threatening situation (for Japan),” Japan’s deputy prime minister Taro Aso said at a fundraiser for a fellow Liberal Democratic Party lawmaker, according to Kyodo.

A “survival-threatening situation” is one in which an armed attack against a foreign country with which Japan has a close relationship occurs, posing a clear risk of threatening Japan’s survival.

A situation like this is one of the requirements for Japan to exercise its right to collective self-defense, or to come to the aid of an ally under attack.

“We need to think hard about Okinawa being the next,” Aso was quoted as saying by Kyodo.

At a regular news conference on Tuesday, China Foreign Ministry spokesperson Zhao Lijian stated that Aso’s remarks “harmed the political foundation of China-Japan relations” and that China “vehemently opposed” them.

“No one should underestimate the Chinese people’s staunch resolve, firm will, and formidable ability to defend national sovereignty,” he said, according to Reuters.

China asserts sovereignty over a group of Japanese-controlled islets in the East China Sea. The tiny uninhabited isles, known as Senkaku in Japan and Diaoyu in China, are located off the southern island of Okinawa in Japan.

Last week, Japan’s state minister of defence, Yasuhide Nakayama, spoke to the US conservative thinktank Hudson Institute about the growing threat posed by Chinese and Russian collaboration, and said it was necessary to “wake up” to Beijing’s pressure on Taiwan and protect the island “as a democratic country.”