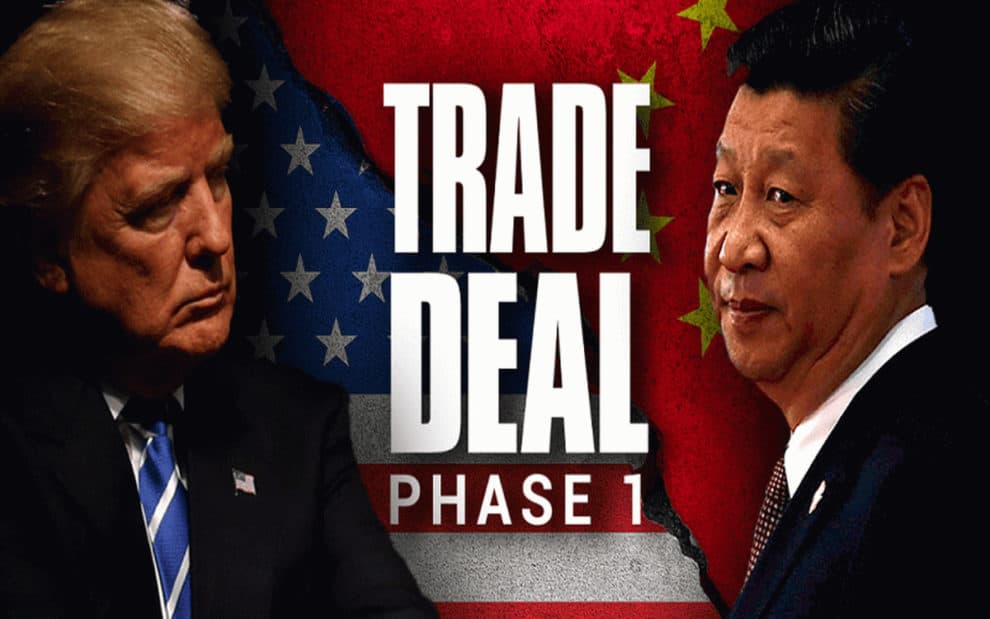 Representatives of the US and China spoke on Tuesday about the progress that was made on their much-touted trade deal in the half-year since it entered into effect in February. This check-up reassured the global economy that Trump has interest in respecting the agreement’s terms and doesn’t intend to politicize it as an electioneering gimmick, at least not at this point in time. Although nothing significant was achieved, that wasn’t to be expected to begin with, and the fact that their virtual meeting went off without a hitch is a good sign.

Some had feared that Trump would continue to escalate his anti-Chinese campaign that he reinitiated at the start of the year to the point of publicly considering scrapping the deal in order to maximally distract from his administration’s failures to contain COVID-19. The thinking goes that he could also possibly stand to gain a short-term domestic political boost by doubling down on his framing of China as America’s top rival. Thankfully, despite whatever his opponents speculate about his mental stability, he chose to remain rational.

As a businessman, Trump presumably appreciates the mutual benefits inherent in the deal, which are all the more important for the American economy as it struggles to recover from the hefty blow that it incurred throughout the course of the COVID-19 pandemic. Raising doubts about the agreement’s future would have sent another shock wave through the economy that risks worsening American living standards even more than they already are and thus potentially cost Trump the election.

With this insight in mind, one can assume that while Trump is definitely facing a difficult reelection, he doesn’t (yet?) believe that the odds are against him to the point where he’d feel compelled to consider this so-called “nuclear option” out of political desperation. Even if he eventually decides to politicize “phase one” of the trade deal sometime closer to the election, it could easily backfire on him since the Democrats would loudly condemn the President for playing games with voters’ livelihoods if the economy sinks in response.

As was written earlier about the talks themselves, they didn’t accomplish anything of tangible significance, but that wasn’t to be expected. The global economic crash catalyzed by the world’s uncoordinated efforts to contain COVID-19 made it difficult to implement the deal in practice. What’s most important is that both sides reaffirmed their commitment to seeing it through and ultimately reaching “phase two” sometime in the future in order to take their economic ties even further. That in and of itself inspires optimism in the global economy.

Everything is so uncertain around the world that the international community craves some semblance of structural stability around which they can rebuild their economies. China and the US’ reaffirmation of their trade deal fulfills this much-needed role, which in turn enables decision-makers and entrepreneurs alike to continue implementing their economic recovery plans. Had the US declined to discuss this deal, then everyone would have probably panicked and the global economy might have worsened.

Trump therefore did the right thing by tasking his team to check up on “phase one’s” progress with their Chinese counterparts. This was a rational and mature decision from a president who has an ignoble reputation for seemingly illogical and immature actions. It should be said, however, that he’s doing this not because he’s “seen the light” and realized the error of his previous ways, but simply because he probably did a cost-benefit calculation and realized that it’s better at this point for his re-election campaign not to politicize the deal.

Should that calculation change closer to the election, then he might return to acting very capriciously, which could destabilize the global economy. For now, at least, the world can breathe a sigh of relief that Trump is still interested in respecting his country’s trade deal with China. Even in the worst-case scenario that he decides to reconsider it in the run-up to the vote, hopefully his advisors can convince him that he has a responsibility to respect the deal in order for it to become a defining part of his legacy and one of his main accomplishments.