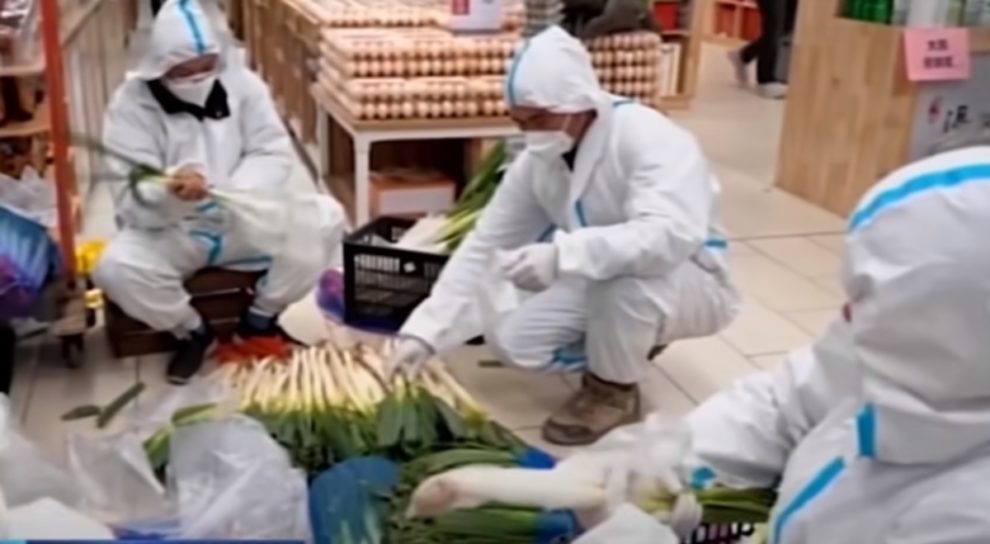 According to the BBC, some residents in the Chinese city of Xi’an, where a lockdown has been imposed due to an ongoing Covid-19 resurgence, have complained that they do not have enough food, despite officials’ assurances that adequate supplies are available.

Last week, more than 13 million people in the city of Shaanxi province were ordered to stay at home as authorities battled the Covid outbreak.

People have been denied the right to leave except in very limited circumstances, and they are unable to go out to buy food.

Despite city officials delivering free groceries, many people have complained on social media that they are running out of supplies.

According to the BBC, the lockdown entered its ninth day on Friday as authorities battled the worst outbreak China has seen in months.

Initially, the restrictions allowed only one person per household to leave the house once every two days to buy supplies.

The measures, however, were stepped up on Monday, with residents barred from leaving their homes except to be tested for Covid, according to the report.

People have taken to the Weibo social media platform since then to ask for assistance in obtaining food and other necessities, claiming that they have yet to receive their free supplies from the government.

“I heard other districts are gradually getting supplies, but I didn’t get anything. My compound bans us from going out. I ordered some groceries online four days ago, but no sign of getting it at all. I haven’t been able to get any vegetables for days,” read one comment posted on Friday.

Another person said: “The allocation is so uneven. The district I’m based in hasn’t got anything. We are told to group up and order together. The price is very high as well.”

According to the report, one video taken this week that has been circulating online shows residents in one Xi’an compound arguing heatedly with police about a lack of food.