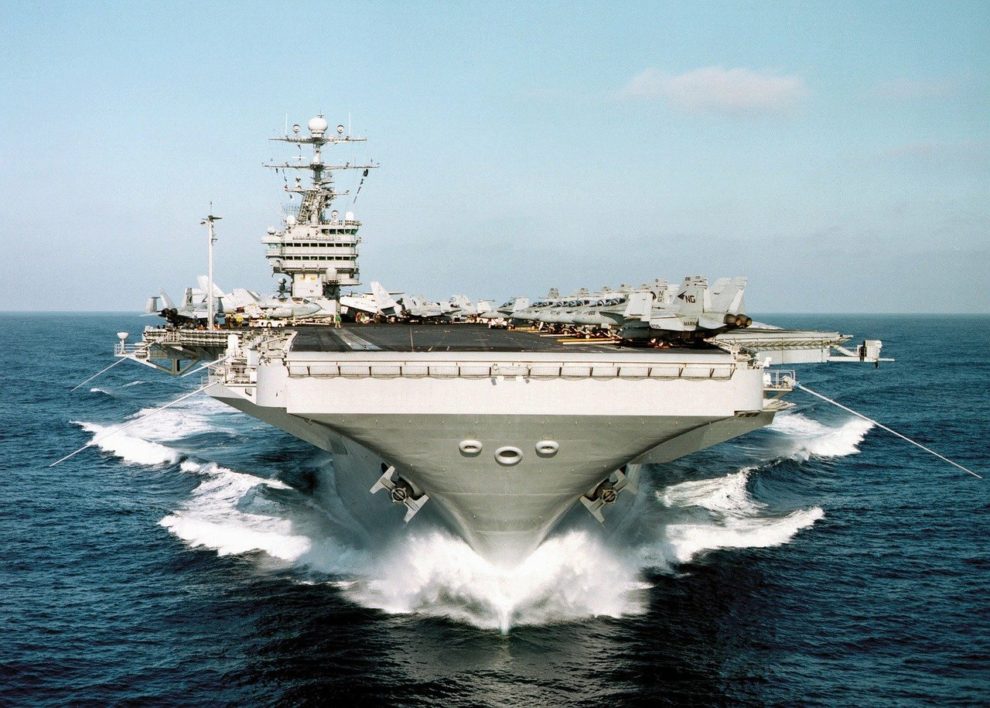 Chinese and US warships sailed through the flashpoint Taiwan Strait on Friday, Taiwanese and US officials said, shortly before China’s Xi Jinping issued a warning to Joe Biden that ties could suffer if there is a “mishandling” of the island’s status.

The two warships sailed through the strait — which separates China from Taiwan — hours before a highly anticipated nearly two-hour call between the two presidents over the Ukraine crisis and other topics.

During the call, Xi told Biden that their bilateral relationship had met “more and more challenges” since the Democrat took office in part because of “erroneous” US signals on Taiwan independence, state news agency Xinhua said.

“Mishandling of the Taiwan question will have a disruptive impact on bilateral ties. China hopes that the US will give due attention to this issue,” the Chinese foreign ministry said in its English-language readout of the meeting.

Earlier this month, former US secretary of state Mike Pompeo said Washington should recognise self-ruled Taiwan as a “free and sovereign country” during a visit to the island.

Washington has remained Taipei’s most important ally and leading arms supplier despite switching diplomatic recognition to Beijing in 1979.

Biden “reiterated that US policy on Taiwan has not changed, and emphasised that the United States continues to oppose any unilateral changes to the status quo,” the White House said after the call.

The Taiwan Strait is a flashpoint for the world’s navies.

China regards Taiwan as its territory and has vowed repeatedly to seize it one day, by force if necessary. Washington says the strait is an international waterway.

In a short statement sent to AFP via text message, Taiwan’s defence ministry confirmed the passage of China’s Shandong aircraft carrier on Friday.

“(We) emphasise that we are aware and monitoring all Chinese PLA aircrafts and ships operating in surrounding areas of Taiwan Strait,” the statement read.

The US Department of Defense later told AFP by email that “one of our destroyers” sailed through the Taiwan Strait on Friday.

Such movements of warships in the 180-kilometre-wide (110-mile-wide) strait are not uncommon.

The last time the Shandong sailed through it was December 2020 — a day after a US warship had made the same passage.

In December 2019, weeks before Taiwanese voters went to the polls, the Shandong also made a sail-by.

China-Taiwan relations have been especially frosty since President Tsai Ing-wen — who rejects Beijing’s view that the island is part of “One China” — first took office in 2016.

China has massively ramped up its sabre-rattling in recent years, sending 969 Chinese warplanes into Taiwan’s air defence zone in 2021, according to a database compiled by AFP — more than double the roughly 380 in 2020.

Under Biden’s administration, Washington has stood by Taipei — so far approving at least two arms deals to the island to support its air and missile defence systems — a massive point of contention for Beijing, which says such support “seriously undermines” US-China relations.