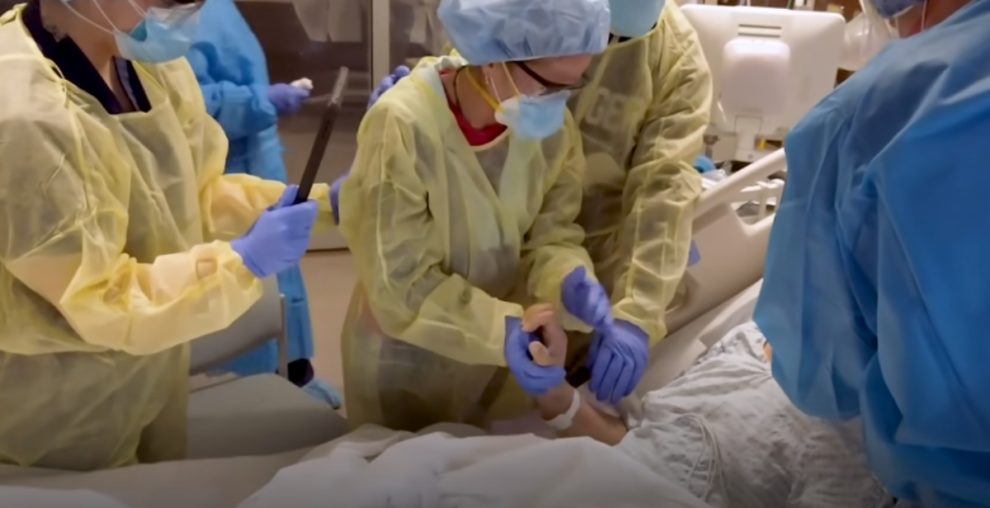 According to the BBC, Christian Drosten, one of Germany‘s top virologists, has warned that if nothing is done to stop an aggressive fourth wave of Covid-19, 100,000 more people will die.

Case numbers have risen dramatically, with Germany recording its highest rate of infection since the pandemic began on Wednesday, with nearly 40,000 cases in a single day.

“We have to act right now,” said Drosten, who described a real emergency situation, the report said.

Doctors at Leipzig University Hospital’s intensive care Covid ward have warned that the fourth wave could be the worst yet.

With 459 cases per 100,000 people, Saxony has the highest seven-day infection rate in Germany. The average national rate is 232.

It also has the lowest vaccine uptake: only 57% of the population is immunised, according to the report.

Germany’s Health Minister has publicly blamed those individuals for the rising number of cases, describing the current situation as a “pandemic of the unvaccinated.”

Saxony banned unvaccinated people from bars, restaurants, public events, and sport and leisure facilities earlier this week. According to the report, at least a few other states are expected to follow suit.

Anti-vaxxers in Germany are enraged, with thousands protesting in Leipzig last weekend.

Sixteen million Germans over the age of 12 are unvaccinated. The German government has admitted that it will be difficult to persuade many of those people now, and politicians are concerned that social divisions will widen.