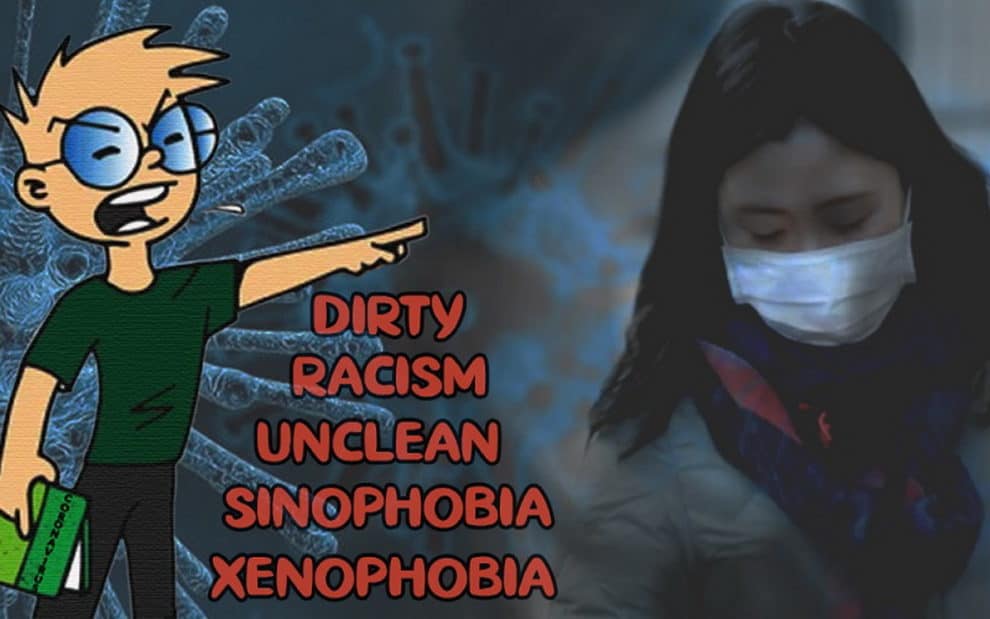 The Hindustan Times’ report late last month that the Delhi Hotels and Restaurants Owners Association (DHROA) won’t provide accommodation to Chinese nationals in light of early June’s Galwan Incident is despicably racist and deserves to be universally condemned, but few in the Mainstream or Alternative Media would dare to do so since acknowledging the existence of non-Caucasian racism would debunk their weaponized false narrative against the US government that the only examples of racism in history are of Caucasians discriminating against non-Caucasians.

“Let’s Never Lose Sight Of The Fact That No Race Has An Exclusive Monopoly On Racism”, the author advised his audience in early June during the onset of the Hybrid War of Terror on America, because he strongly suspected that high-profile instances of non-Caucasian racism (whether against people of African descent or any others) would soon be ignored by the Western Mainstream Media because it doesn’t suit their weaponized narrative against the American government. Many in the Alt-Media Community have also fallen for the falsehood that the only examples of racism in history are of Caucasians discriminating against non-Caucasians, which was one of the reasons why the author wrote that “The Alt-Media Community Betrayed Average Americans By Supporting Antifa Terrorism”.

“You Can Be An Anti-Imperialist, Support African-Americans, And Also Oppose Terrorism”, yet seemingly few can see the grey between the black and white (pun intended) extremes of this issue. Unfortunately, the unprecedentedly intense information warfare being waged by both the Mainstream and Alternative Media (whether in tacit coordination with one another or simply as an uncoordinated coincidence) upon their targeted audiences preconditions them into ignoring the latest manifestation of racism by Indians against Chinese. Recognizing it as the racism that it truly is would discredit their carefully crafted false narrative that only Caucasians are capable of discriminating against people of other races. For this reason, it’s not expected that any serious outlets other than Chinese ones will likely talk about the following development.

According to The Hindustan Times late last month, “The Delhi Hotels and Restaurants Owners Association (DHROA) said on Thursday that Chinese nationals won’t be provided accommodation in hotels and guest houses owned by its members in the national capital.” They also reported that “its members include around 3,000 budget hotels and guest houses across the city. The umbrella body said these facilities collectively have 75,000 rooms.” Their decision is apparently part of their effort to show solidarity with their jingoistic compatriots’ de-facto boycott of Chinese goods, which is part of India’s unofficial phased “decoupling” from China in the aftermath of the Galwan Incident. Regardless of the “reasoning” behind it, this move is despicably racist and would be universally condemned as such if Caucasian-American hoteliers refused to accommodate African-Americans.

Since the 1,3 billion non-African-descended Chinese are the targets of this racially discriminatory “business practice”, however, scarcely a peep is being said from any non-Indian media outlets apart from Russia’s publicly financed Sputnik which was one of the very rare ones to report on it. Even they didn’t condemn it as racist, though, perhaps because it’s revealed at the very beginning of the article that it was published by their New Delhi bureau which wouldn’t dare refer to anything that their host country does as racist for fear of possibly be harassed by the authorities in response. In any case, Sputnik nevertheless committed an act of journalistic bravery by even reporting on that development and thus making their international audience aware of something that they might otherwise not have ever heard of.

Returning to the “politically correct” but factually false narrative that the only examples of racism in history are of Caucasians committing such acts against people of non-Caucasian descent, the bulk of those in the Alt-Media Community who ascribe to such a counterfactual view of history are generally sympathetic towards China. This places them in a dilemma whereby they can either ignore the previously mentioned example of classic racism being committed by Indians against Chinese in New Delhi and thus refuse to stand in solidarity with the victims, or take a stand in their support but then defy the dogma that they were previously indoctrinated to believe about Caucasians being the only people capable of racism and thus risk being accused by their community’s gatekeepers of being a “racist”, “fascist”, “undercover cop”, and/or “foreign agent”.

The toxic hypocrisy of the Alt-Media Community towards the issue of racism is completely out of control, but it speaks to the fact that this community has been infiltrated by radical ideologues who’ve exploited it as a vehicle for advancing their envisioned ends. Instead of being the community of freethinkers seeking refuge from the totalitarian groupthink of the Mainstream Media like it was founded upon being, it’s turned into a near-replica of that exact same structure that only employs different slogans and is dedicated towards discrediting and ultimately destabilizing the US government instead of “legitimizing” and supporting it. Recognizing the objective existence of Indian racism against Chinese as proven by the DHROA’s despicably racist policy could, the gatekeepers fear, open the door to recognizing African-American-on-Caucasian-American racism as well.

That, however, can never be allowed under any circumstances because it would debunk their weaponized false narrative that’s being presently employed to provoke an ever-intensifying Hybrid War against the US government. It’s impossible for the gatekeepers to accept the existence of non-Caucasian racism because doing so would acknowledge that Trump’s supporters have been right all along, which would in turn weaken their coordinated information warfare attack against the President and — as they see it — “put them on the same side as the racists, fascists, undercover cops, and foreign agents” that they’re convinced are the only ones who oppose their regime change plot. It doesn’t matter that 1,3 billion Chinese nationals are being discriminated against by New Delhi hotels’ owners because they regard that as a “cost worth paying” to keep their anti-US campaign going.