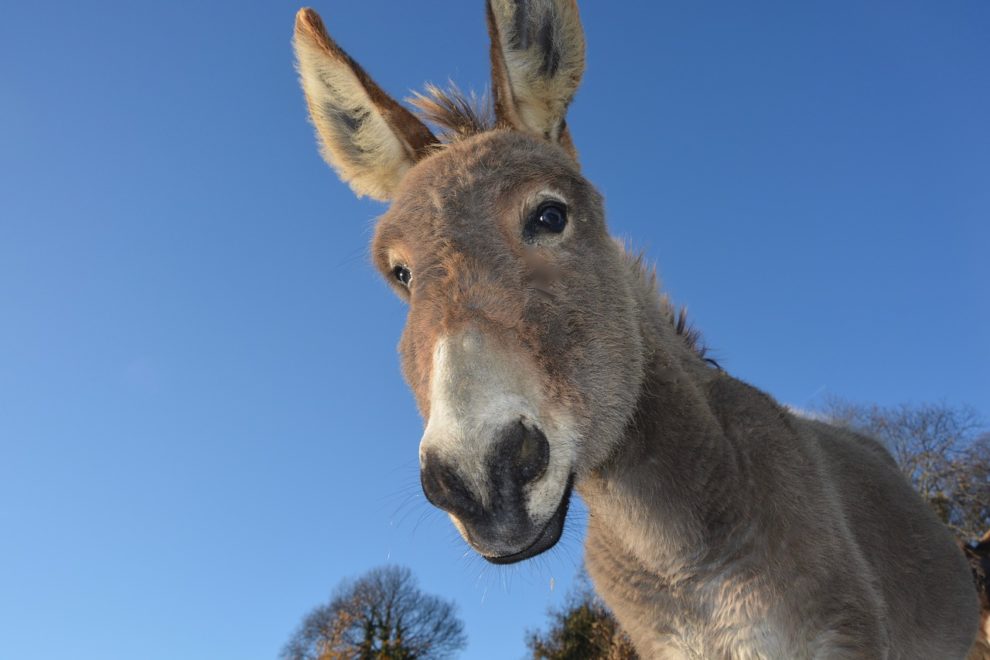 There are reports of increasing consumption of donkey meat in Andhra Pradesh, India.

According to the Times of India, cases of donkey slaughter are coming from Krishna, West Godavari, Guntur, and Prakasam districts in the state. Sources report that criminal gangs have become active to source and slaughter donkeys in the state. A network of these gangs sources the animals from neighboring states, slaughters them and then carries out their distribution to the consumers.

Since donkey is not labeled as ‘food animal’ so donkey slaughter is banned according to Food Safety and Standards, 2001. Under Sections 428 and 429 of the Indian Penal Code, illegal killing of animals is a crime and may also be punishable under the Animal Cruelty Act.

According to the report, donkey meat-eaters claim that it helps gain virility and strength. People who like donkey meat go to any extent to get the meat from illegal traders. Then they buy it at even higher prices that could be into thousands.

Illegal means to get the donkey meat

The cost of a donkey ranges between 10-15,000 (Indian Rupees). While traders bring the animals in trucks through illegal ways to fulfill the increasing requirements of meat consumers.

Since donkeys have mostly disappeared from Andhra Pradesh, the animals have to be brought in from Rajasthan, Uttar Pradesh, Tamil Nadu, Maharashtra, and Karnataka. The secretary of NGO Animal Rescue Org, Gopal R Surabathula said this in a series of reports to concerned authorities.

According to the Times of India, the NGO filed a complaint with the West Godavari district administration regarding the illegal business of donkey meat at Panduranga Road in Venavallivaripeta.

“The state government must protect the donkeys. Law enforcement must save the donkeys from ending up on our dinner plates. Otherwise, people will have to go to the zoos to see donkeys,” said Surabathula.

A report mentioned that the number of donkeys in Andhra Pradesh, India has reduced drastically to just 5000.

G Nehru Babu, the Joint Director of Animal Husbandry in West Godavari, said “Slaughtering of donkeys is illegal. We will take serious action against people who indulge in the crime. Unnecessary misconceptions make people eat the meat of donkeys and milk.”