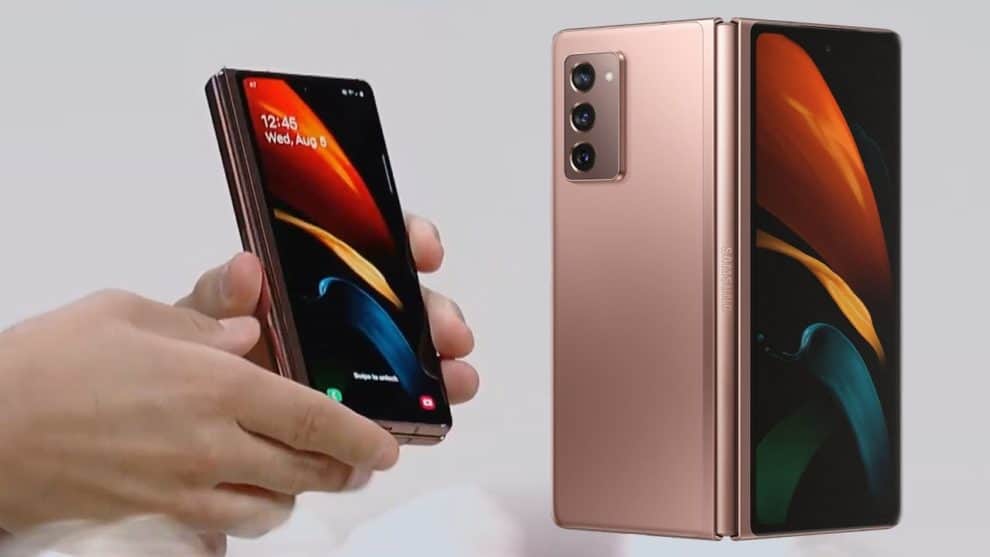 The Samsung Galaxy Z Fold 2 is a premium foldable smartphone that can unfold and be used as a tablet. Comparing it with last year’s Galaxy Fold, the device came with a lot of great improvements and features. First, the Galaxy Z Fold 2 device has a 6.2-inch front screen and a 7.6-inch when it unfolds as a tablet. Apart from that, it also comes with a re-engineered hinge, which disappears as soon as the device unfolds. Also, it comes with a notch-less display and features a hole-punch design.

All thanks to a leak by a Twitter user @ishanagarwal24, smartphone/iPad/PC users can now download the official Galaxy Z Fold 2 wallpapers. According to the user, there’s a possibility that the wallpapers might not fit the smartphones perfectly. However, they are very perfect for PCs and iPad devices. As for the design of the Samsung Galaxy Z Fold 2 wallpapers, they look more like that of the Galaxy Z Flip 5G and the Galaxy S20. Before sharing the download link of the wallpapers, which comes in four variants, let’s have a quick look at them below.

In case you have an interest in downloading the official Galaxy Z Fold 2 wallpapers, check below for the download details.

Samsung was able to unveil the Galaxy Note 20 series, including the standard Galaxy Note 20 and Note 20 Ultra. They come with the series’ signature S Pen, which comes updated with increased responsiveness, like that of a real pen. According to reviews, people describe the Galaxy Note 20 as Samsung’s most powerful device so far. That’s because of its features, which include Exynos 990 chip and 12GB of RAM for the Ultra model. Apart from that, it also has a 6.9-inch screen and up to 512GB of storage. In the case of the cheaper variant, it comes with a 6.7-inch screen, 8GB of RAM, and up to 256GB of storage.

In case you’re interested in downloading the wallpapers for the Galaxy Note 20, you can read more about it here.