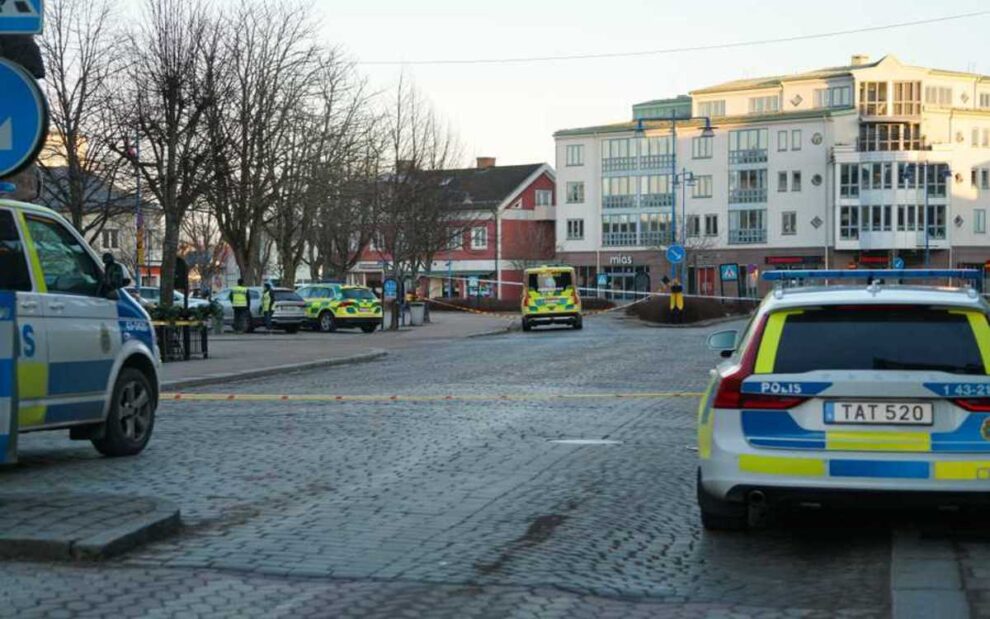 Eight people injured in a suspected “terrorist” stabbing attack in Vetlanda, Sweden, according to police.

Eight injured due to stabbing in Vetlanda, Sweden

Police reported a man in his 20s attacked several people with a knife just before 3 pm on Wednesday, on Bangårdsgatan in central Vetlanda, a small town in the country’s south.

Some are severely injured and needed an ambulance and some have slight injuries, but no one is dead, says Angelica Israelsson Silfver, the police spokesperson at Region East.

The officers shot the attacker in the leg and took him to the hospital where he is getting treated under armed guard.

The incident was previously termed attempted murder but now called a suspected terrorist crime. The motive is still unknown and the man has not been interrogated yet, according to Angelica Israelsson Silfver.

Swedish Transport Administration shut down the local train station upon the request of the police and several officers have been ordered to carry out a patrol of the town having around 13,000 residents.

The police have about 15 patrols in the area while extra resources are on the way. They mainly hold interrogations with witnesses and gather evidence.

They also advised people who may have something important to the police to reach out.

An investigation is also happening about the police’s actions in regard to the arrest. The place is cordoned off and is being investigated by prosecutors at the special prosecutor’s chamber. That is why the police will not comment further on the arrest and why they started firing.

The Interior Minister Mikael Damberg called the attack ‘terrible.’ He said in a press release: “Several people are seriously injured. These are terrible events and my thoughts go to the victims and their relatives.”

“Right now it is unclear exactly what happened and what the motive was. The police have arrested a suspected perpetrator and have initiated a special incident to handle the development of the incident and create security in Vetlanda.”