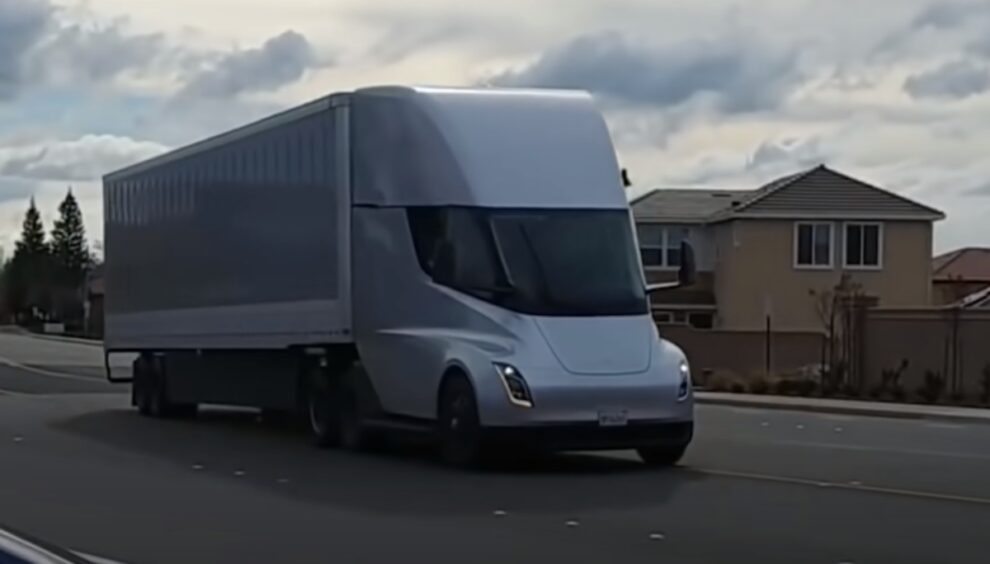 Elon Musk announced on Friday that Tesla has begun production of its long-delayed Semi Truck, which will have a 500-mile (800-kilometer) range and will first reach Pepsi facilities.

The first Semi Trucks will be delivered to the soft drink company on December 1.

“Excited to announce the start of production of the Tesla Semi Truck with deliveries to @Pepsi on Dec 1st!” posted Musk.

Pepsi placed an order for 100 Semi Trucks in December 2017, just a month after the announcement. A Tesla Semi Truck costs $20,000 to reserve.

Tesla claims that the Semi truck can accelerate from zero to 60 miles per hour in 20 seconds, even when fully loaded  “fully loaded” and “maintain highway-level speeds even up steep grades”.

The vehicle will also be recharged to 70% of its travel range in just 30 minutes, according to the company.

Semi comes standard with active safety features that work in conjunction with advanced motor and brake controls to provide traction and stability in all conditions.

According to the company, a central seating position improves visibility, while an all-electric architecture reduces both rollover risk and cabin intrusion in the event of an accident.

“With less than 2 kWh per mile of energy consumption, Semi can travel up to 500 miles on a single charge,” said the company.

Charging with electricity is roughly 2.5 times less expensive per mile than refuelling with diesel.

“Operators can see estimated fuel savings of up to $200,000 within their first three years of ownership. With remote diagnostics, over-the-air software updates and fewer moving parts to maintain, operators will spend less time at service centres and more time on the road,” said Tesla.