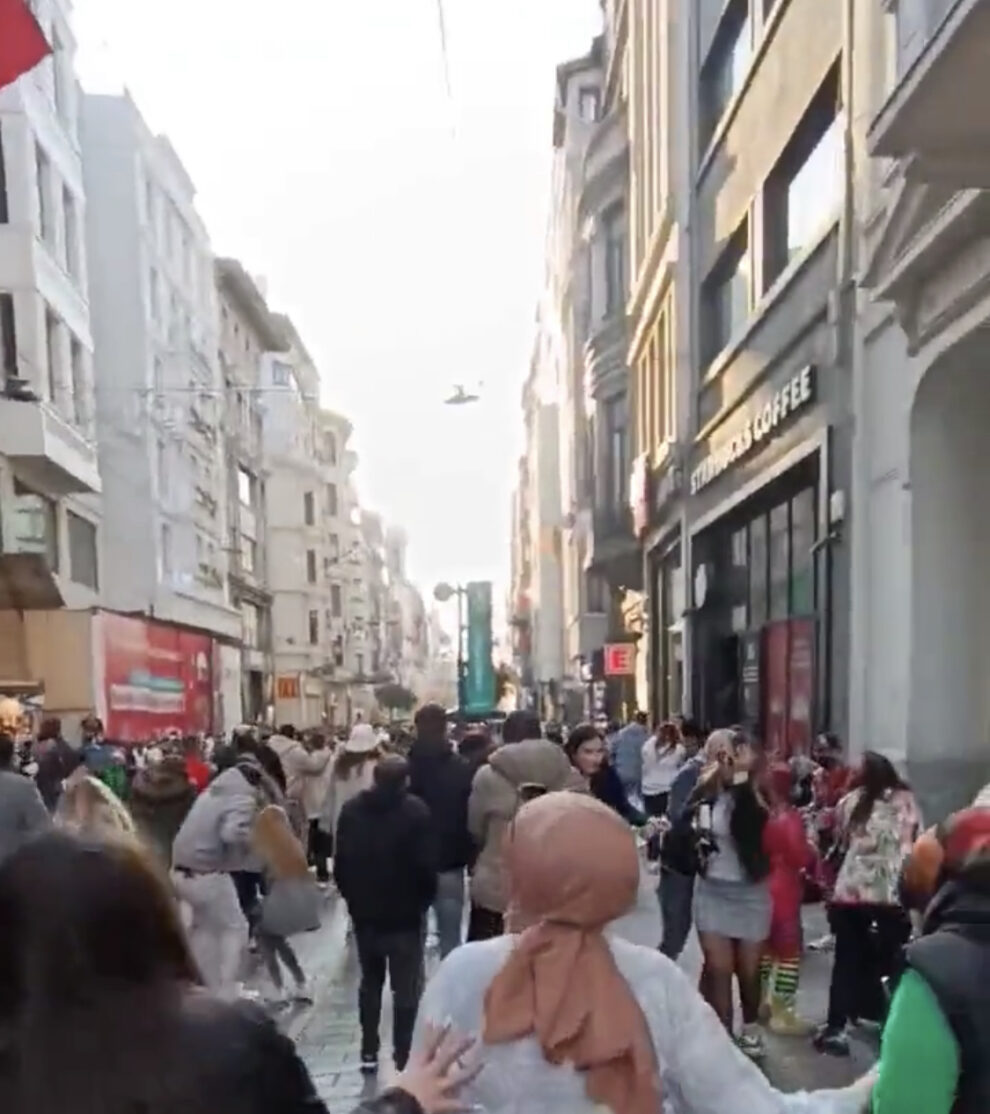 President Recep Tayyip Erdogan on Sunday condemned the “vile attack” that ripped through central Istanbul, and which he said killed six people and wounded dozens of others.

“The relevant units of our state are working to find the perpetrators… behind this vile attack,” Erdogan told a televised press conference.

He also said initial signs pointed to a “terror” attack in the explosion in Istanbul which wounded 53 others.

“It might be wrong if we say for sure that this is terror but according to first signs… there is a smell of terror there,” Erdogan said.

“The attempt to take over Turkey and the Turkish nation through terrorism will not reach its goal today or tomorrow,” he added.

The explosion occurred at around 4:20 pm (1320 GMT) in the famous Istiklal shopping street which is popular with locals and tourists.