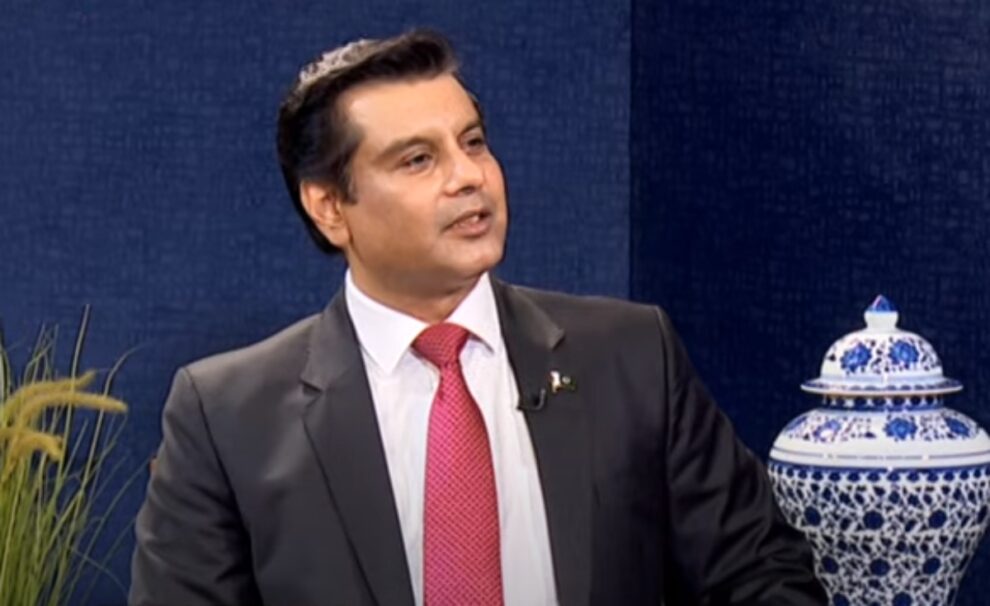 A top Pakistani news anchor was shot dead by police in Kenya after he fled his home country to avoid sedition charges, investigators said Monday, prompting calls for a full probe into what one media rights group branded an “utterly disturbing murder”.

Arshad Sharif, 49, was a frequent critic of Pakistan’s powerful military establishment and supporter of former prime minister Imran Khan, who was ousted in a parliamentary no-confidence vote in April.

In a phone call with Kenyan President William Ruto, Pakistan’s Prime Minister Shehbaz Sharif called for a transparent investigation into the late-night shooting on Sunday.

Kenyan national police spokesman Bruno Shioso said the journalist was fatally wounded by an officer after his car drove through a police barrier in the Magadi area, 40 kilometres (25 miles) from the capital Nairobi.

“It is then that they were shot at, fatally injuring late Arshad Mohammed Sharif,” he said in a statement, adding that the journalist was travelling with a man described as his “brother” Khurram Ahmed.

The killing triggered concern among media groups and a protest in the Pakistani city of Karachi.

According to a police report seen by AFP, the car carrying the two men was struck by around nine bullets, but continued on to the home of another Pakistani national.

There, Sharif was found to be dead “with a gunshot wound on the head which had penetrated from the back”.

The report said police at the time had been on the lookout for a stolen car and an abducted person and had set up a makeshift roadblock.

In a post on Twitter, Pakistan PM Sharif said he had asked Ruto to “ensure fair & transparent investigation into shocking incident. He promised all-out help including fast-tracking the process of return of the body to Pakistan.”

In August, the journalist had interviewed senior opposition politician Shahbaz Gill, who said junior officers in Pakistan’s armed forces should not follow orders that went against “the will of the majority”.

The comment led to the news channel being briefly taken off air and an arrest warrant issued for Sharif, who fled the country.

The channel ARY later said it had “cut ties” with him.

Gill was detained following the interview, and Khan’s criticism of the judiciary over the detention led to his own appearance in court.

Pakistan has been ruled by the military for several decades of its 75-year history and criticism of the security establishment has long been seen as a red line.

“I lost friend, husband and my favourite journalist today, as per police he was shot in Kenya,” Sharif’s wife Javeria Siddique tweeted.

Pakistan is ranked 157 out of 180 countries in a press freedom index compiled by Reporters without Borders, with journalists facing censorship and intimidation.

Media rights group Reporters Without Borders (known by its French acronym RSF) said Sharif had been shot dead with two bullets in “unclear circumstances” and urged an international investigation into “this gruesome and utterly disturbing murder”.

The killing was “all the more baffling since he had just left his home country to Kenya in order to escape harassment and arrest”, it added on Twitter.

RSF’s call was echoed by the Kenya Editors’ Guild which said those responsible should be brought to book.

“This would not only demonstrate Kenya’s and the government’s ability to protect its citizens and visitors but also assure Kenyans and the international community that Kenya is safe for everyone, including journalists whose rights it should protect.”

Earlier this month, Ruto had vowed to overhaul Kenya’s security forces and disbanded a police unit accused of extrajudicial killings.

According to Missing Voices, a campaign group focused on extrajudicial killings in Kenya, there have been 1,264 deaths at the hands of police since it began collecting data in 2017.

PKR to USD: Pakistani rupee plunges to all-time low against US dollar