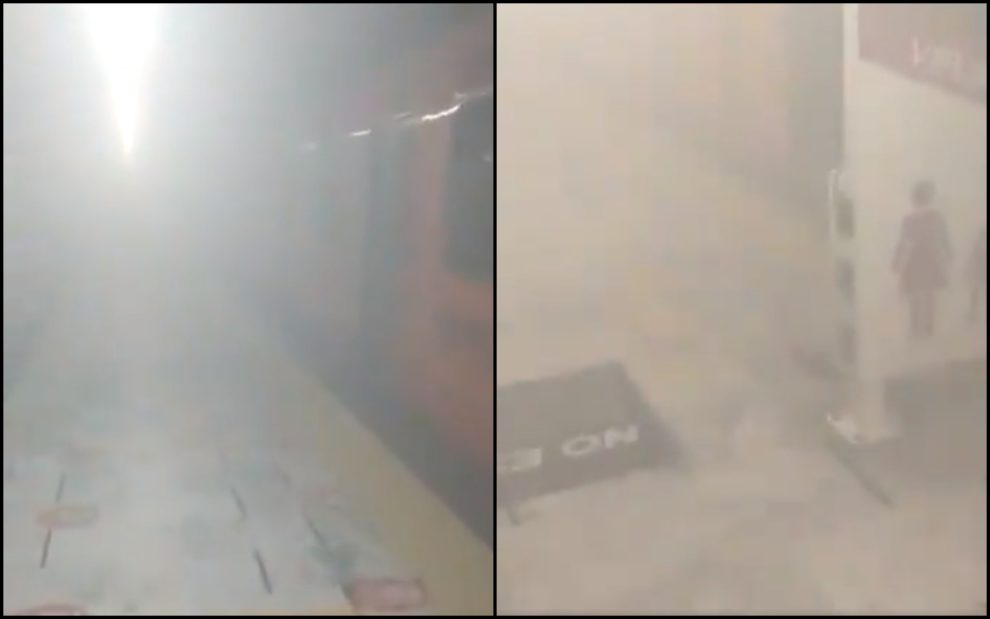 Explosion reported at Pino Suarez subway station. It is a station on Line 1 and Line 2 of the Mexico City Metro system.

According to reports, a tire caught fire causing a short circuit in the metro station.

Travelers at the station have been evacuated.

Smoke was seen in the video, taken from the spot of the incident, posted over the social media.

According to authorities, firefighters have reached Line 1 Pino Suarez Station and the service will be normalized shortly.