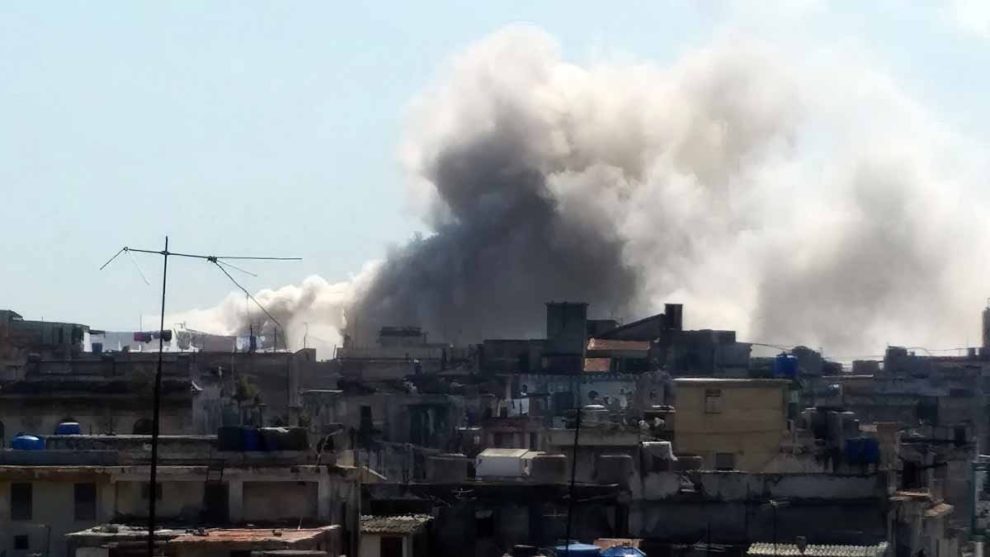 Rescuers searched for victims Friday after a powerful explosion ripped through a hotel under refurbishment in central Havana, with no casualties immediately reported.

Shortly after 11:00 am, a cloud of dust and smoke billowed from the Saratoga Hotel after the blast that ripped off parts of the facade. The cause of the blast was not known.

AFP reporters witnessed rescuers at the scene going through the debris.

At least two ambulances and five fire trucks rushed to the hotel, and police cordoned off the area, dispersing people who swarmed to the site after hearing the blast.

According to the website of the Saratoga Hotel, it is a five star establishment with 96 rooms, two bars, two restaurants, a spa and gym.