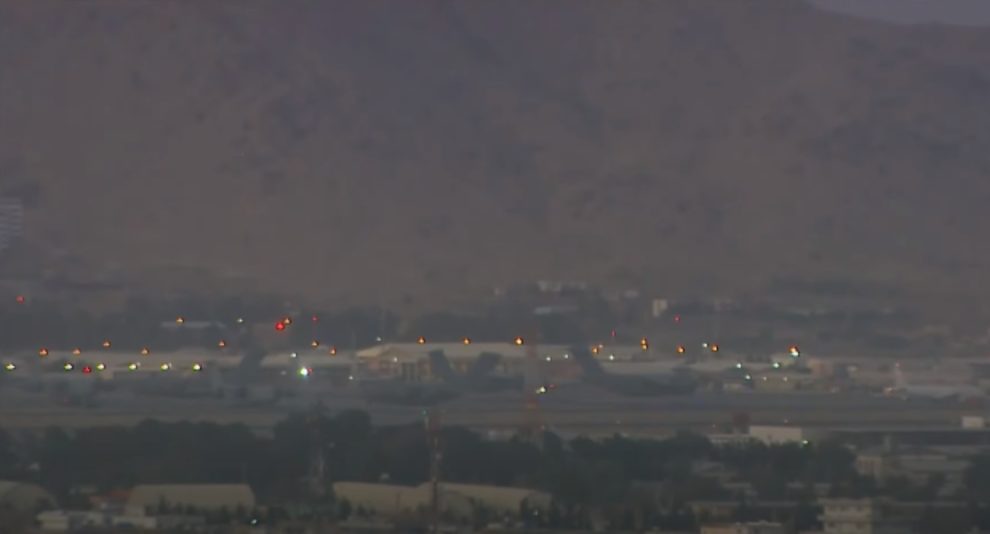 The Pentagon confirmed on Thursday morning that one of Kabul airport’s entry gates was hit by a large explosion hours after western intelligence agencies warned of an impending terrorist threat.

“At least 40 dead bodies and 120 wounded transferred to Kabul hospitals, with 60% of wounded in the critical condition,” a New York Times reporter based in Kabul said in a tweet.

US officials say number of wounded and dead after Kabul explosions expected to increase.

UPDATE 11:45 EST: Taliban spokesman Zabihullah Mujahid confirmed that 52 people had been wounded in two explosions near Kabul airport. He added that the blast also caused casualties, but exact figures are not available.

Emergency hospital in Kabul, on other hand, says around 60 people arrived after Kabul airport explosions.

Another video from outside Kabul airport shows multiple people dead due to suicide bombing.

UPDATE 11:22 EST: There is a possibility that Prime Minister Bennett’s meeting with the US President Biden will be postponed, in light of the security incident in the Afghan capital, Kabul, which led to killing a number of Americans, Israeli media reports.

UPDATE 11:17 EST: Much of Kabul appears to be without mobile internet, according to local reports. Journalists on ground report they are hearing sirens of emergency vehicles constantly.

US official says attack outside Kabul airport is ‘definitely believed to be’ carried out by the Islamic State group, reports AP.

UPDATE 11:08 EST: Emergency hospital in Kabul says 30 wounded people have arrived in the hospital, 6 were dead on arrival, according to TOLO news.

Video from the blast scene shows multiple people dead. The video has been edited to hide the Graphic part.

JUST IN – Horrific aftermath following the terror attack at the #Kabul airport. Viewer discretion is advised despite being blurred.pic.twitter.com/E9CcoL45MF

UPDATE 10:42 EST: A US official says at least one of the US troops injured was seriously wounded, quoting initial information.

“We can confirm that the explosion at the Abbey Gate was the result of a complex attack that resulted in a number of US & civilian casualties. We can also confirm at least one other explosion at or near the Baron Hotel, a short distance from Abbey Gate. We will continue to update.” Pentagon’s Press Secretary, John Kirby said in a tweet.

UPDATE 10:37 EST: A Taliban official says 13 people have died including children and many Taliban guards have been injured in bomb blast (suicide bombing) outside Kabul’s airport.

UPDATE 10:15 EST: According to Reuters, a US official says initial reports indicate that American service members, possibly two or three, were among those injured in the Kabul airport bombing.

As per WSJ, US Marines are injured in the bomb blast.

Fox News and journalists from multiple media outlets  are reporting a second explosion in Kabul.

Just been at Kabul airport.. heard a second explosion, heavy smoke and constant gunfire. Witness tells me colleague there are injured and dead at Abbey Gate of Kabul airport. Ambulances raced past us…

According to two US officials, an explosion was reported outside Hamid Karzai International Airport on Thursday.

According to three US officials, the blast occurred at one of the airport’s entry gates and appears to be a suicide attack. Crowds of Afghans have gathered at the airport’s gates, attempting to gain entry.

Earlier on Thursday, US officials stated that security concerns around the airport had increased due to “a very specific threat stream.”

Amb. Ross Wilson, the top US diplomat in Kabul, said Thursday that he couldn’t get into the specifics of the security threat outside the Kabul airport gates cited in an embassy alert, but that “it was clearly regarded as credible, as imminent, as compelling.”

According to a White House official, US President Joe Biden has been briefed on the explosion outside Kabul airport.

🚨 | NEW: People being taken to hospital after the Kabul explosion

All pictures of women will be removed from billboards at shops, business centres: Kabul municipality