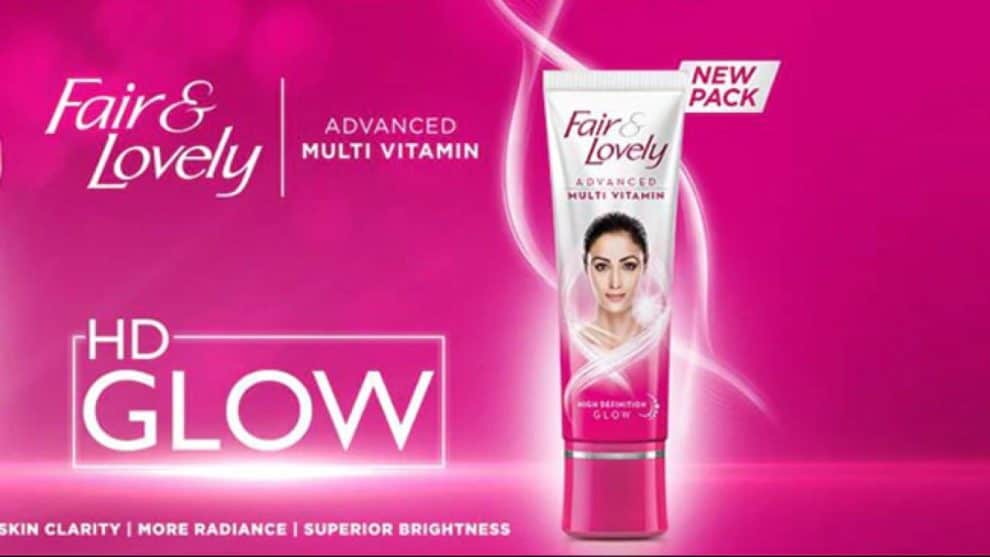 Fair & Lovely, introduced to the market in India in 1975, is a skin-lightening cosmetic product of Hindustan Unilever (HUL). Apart from India, the brand also sells in some other Asian countries, including Bangladesh, Indonesia, Thailand, and Pakistan. According to the latest reports, Unilever in India and Pakistan have decided to change the Fair & Lovely name of a skin-whitening cream to Glow & Lovely. That came, following several criticisms, labeling that the brand perpetuated harmful racial stereotyping.

According to a press release by Uniliver, the company has now changed the name of its skin-whitening cream from Fair & Lovely to Glow & Lovely. Also, the brand further mentioned that the men’s version of the cream will go for a new name, called Glow & Handsome.

The company announced on June 25 that it’ll remove “whitening” and “lightening” from the packaging of the cream, featuring women of all skin tones for its future advertising campaigns. The decision was triggered by the movement of Black Lives Matter, which came shortly after the death of George Floyd.

According to a report by BloombergQuint, the rebranding process will be expensive in India.

Citing Jefferies India Pvt. Ltd., the report mentioned that Unilever will need a large media campaign, to win over customers. Here’s what Jefferies analysts Kunal Shah and Vivek Maheshwari wrote about it.

“Purely from a business perspective, there will be uncertainty as consumer acceptance will hold the key.”

Furthermore, the report added that Fair & Lovely cream garners up to $500 million in annual revenue in the domestic market alone.

Emami Ltd Threatens To Sue Unilever For On Brand Name

So far, the new name for the men’s version of the cream has raised concerns from a peer company. According to the company, Emami Ltd, it’ll sue Unilever for using a name, “Emami Glow & Handsome”, which it has already chosen and launched for its men’s fairness cream.

Here’s a brief of what Emami said below:

“We are shocked to learn of HUL’s decision to rename its men’s range of Fair & Lovely as ‘Glow & Handsome’. Emami, maker of ‘Fair and Handsome’ brand of men’s grooming products is the market leader in the men’s fairness cream with legal ownership of the trademarks.”

The company further added that the move by Hindustan Unilever didn’t come as a surprise, at the same time. That’s because the company always tries to ruin its brand image.

“Although shocked, we are not surprised to note HUL’s unfair business practice, which has been prevalent time & again to damage our brand image. It goes to prove Fair and Handsome is strong brand equity in the market that the competition is wary of.”

What Does The Rebranding Mean?

A lot of people have come out to talk about the new development by Hindustan Unilever. According to a brand consultant Santosh Desai, while speaking with BloombergQuint, he said he didn’t see a big change. Also, he added that given the fact that the promise is to go from darker skin to fairer skin, he’s unsure what being inclusive about skin tones means.

“In that sense, both skin tones were included. If the benefit you’re offering is to change the skin tone, I don’t know what ‘inclusive of skin tones’ mean.”

According to another brand consultant, Alpana Parida, she said it might open room for competitors in the fairness cream industry. She mentioned that the brand’s key proposition has always been fairness.

“Fairness was clear, you could become a few shades lighter. For the same brand to now stand for glow, there is no meaning there. They need to be able to explain what that benefit is.”

Math is racist and suffers from white supremacy, according to Bill Gates-funded course

Top 10 Most Racist Countries In The World

The St. Louis Incident Shows How Important The Second Amendment Is For Self-Defense