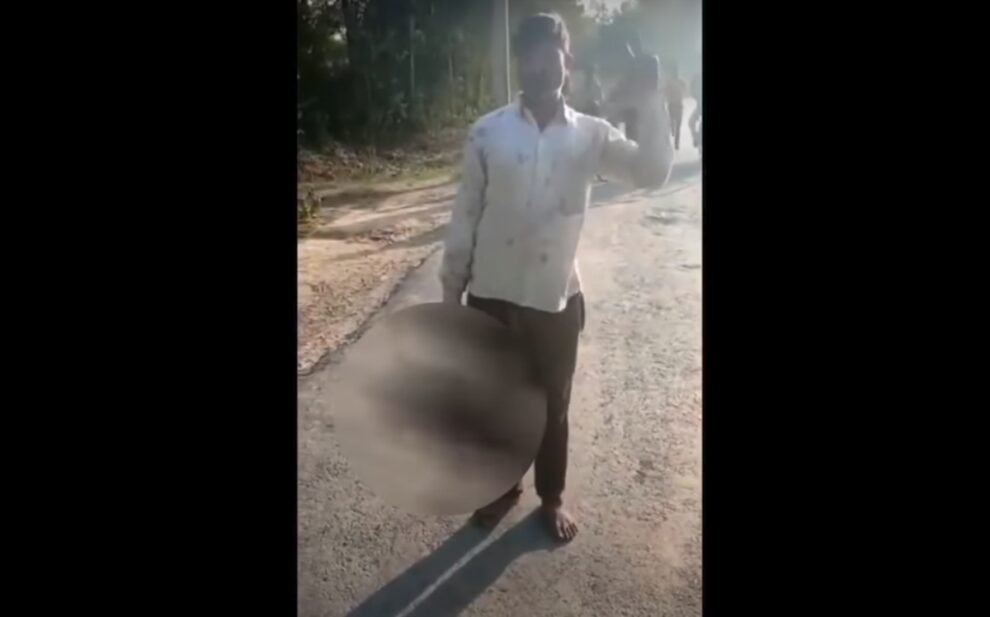 In a horrid incident, a father from Pandetara village in the Hardoi district of Uttar Pradesh, India allegedly cut his minor daughter’s head. He then headed to the local police station with her severed head to surrender before the police. According to the police, the accused man was enraged over his 17-year-old daughter’s alleged terms with a boy he did not like.

A father cuts his daughter’s head

According to reports, the accused Sarvesh Kumar lives in Pandetara village within the jurisdiction of Majhila police station in Hardoi district, India. On Wednesday at 3 pm, he allegedly beheaded his 17-year-old daughter with a chopper. Later, he walked for around 2 km with the daughter’s severed head and reached the police station to present himself before the cops. This incident created massive panic in the area.

Anurag Vats, Superintendent of Hardoi police told the Times of India that they have arrested the accused.

“Sarvesh is a vegetable vendor. A few days ago, he spotted his daughter in a compromising position with a youth. He made up his mind to teach his daughter a lesson. Sarvesh’s wife has also testified this in her statement to the police,” according to the SP.

Police discovered the body of his daughter at the family home and sent it for a post-mortem examination.

In a report from NDTV, Sarvesh Kumar confessed to severe his daughter’s head with a sharp object as he was furious over the relationship she was in.

‘I did it. There was no one else. I closed the latch and did it. The body is in the room’, he said.

The girl was a student of class 12 and was the eldest among four siblings, three sisters and a brother, police reported.

Meanwhile, a video of a police constable went viral on social media where he was holding the victim’s severed head and walking in the police station. After this, IG Lucknow range, Laxmi Singh took notice and suspended the constable deployed at Mahila police station. She said it is the responsibility of the police to maintain law and order and act in a disciplined manner.

According to the latest data by the National Crime Record Bureau (NCRB) of India, UP is the topmost state with the highest number of crimes against women in 2019.