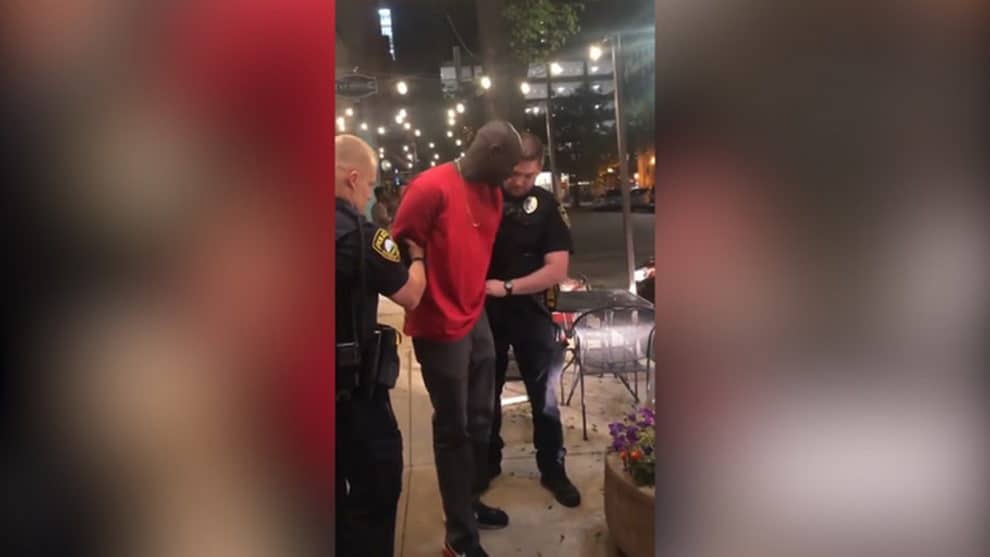 Amid the ongoing George Floyd protests, a video, which has spread across the Internet, shows a man arrested by the police. According to captions on most posts on social media, people claim the man arrested in the video by the Rochester Police is an FBI agent. On the contrary, reports show that the incident happened in 2019, and the man in question is not an FBI agent.

According to reports, a video of a man arrested by police has gone viral on social media.

The viral post shows a video of a black man wearing a red t-shirt, and getting handcuffed by the Rochester police. According to what transpired, a police officer approached the black man, wrongfully accusing him of being someone else – a wanted criminal.

The black man questions the police, saying: “you’re assuming I’m someone I’m not, “. Adding to that, he also claims the Rochester police are racially profiling him wrongly. After a lot of questions, the police finally handcuffed him.

In conclusion, the Rochester police are able to see the man’s ID inside his wallet, with his identity proofing he’s innocent.

From the captions on users’ posts, it looks like the man arrested in the video by Rochester police is an FBI agent.

Let’s have a quick look at a few of the posts below.

According to what VideosGalore2k posted on Facebook, the user claimed the arrested man in the video is an FBI agent.

“Cops wrongfully profile and arrest black man who turns out to be an FBI agent.”

In another post on Twitter, @NicsMonique also claimed the man arrested by the Rochester Police is an FBI agent. 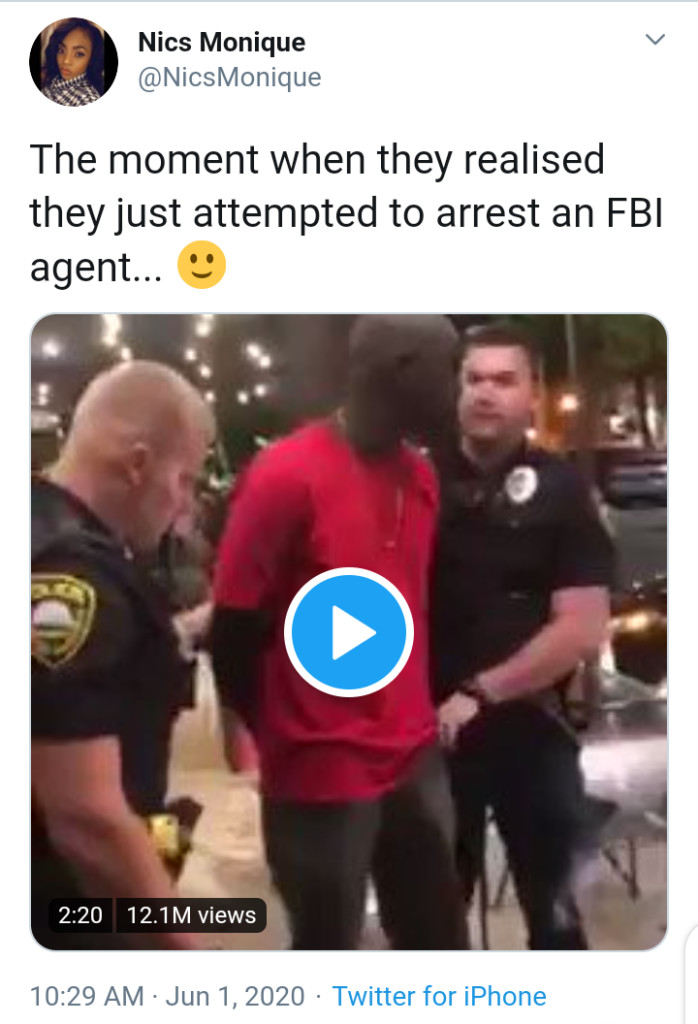 Fact Check: The Man In The Video Is Not An FBI Agent

A lot of posts on social media claim the video relates to the ongoing protests in the country, and the man is an FBI agent. However, the government of Rochester, yesterday issued an official statement in response to the viral video.

According to the release, the video dated way back to June 1, 2019. Here’s a brief of the statement:

According to @thisisnike1, the source of the video, he said he purposely shared the video amid the ongoing protests. That’s because it’s almost similar to that of Floyd. Here’s what @thisisnike1 said:

“‪Somethin’ been telling me to hold on to this video over a year now, ok”

He added that the claim about the man being an FBI agent is just a rumor that started on Twitter.

Another Twitter user also confirmed the identity of the man. Claiming to be one of his friends, @ajprotege says the name of the man is Atter. He further added that he’s never an FBI agent, rather a Paramedic EMT.