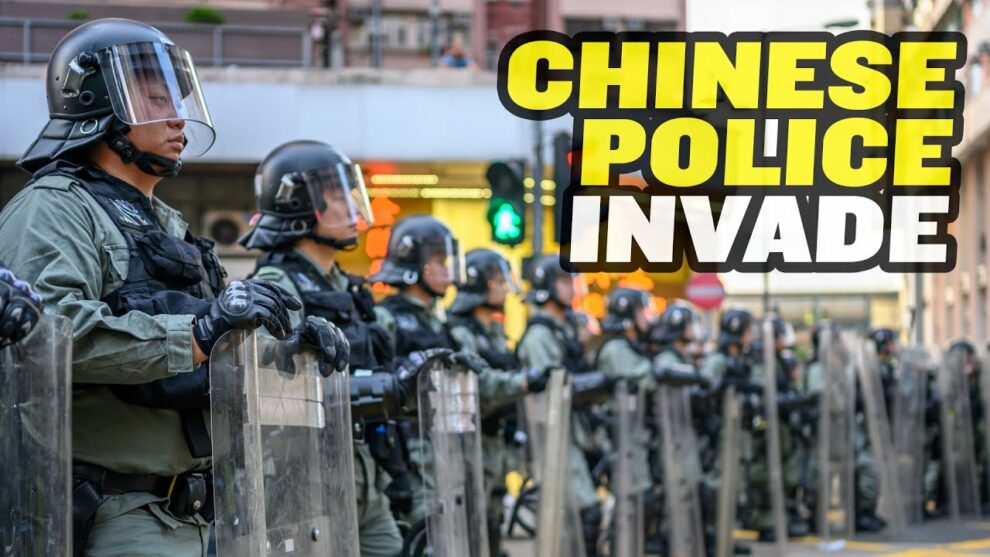 According to a report, the FBI is “concerned” about reports that secret “police stations” linked to China have been set up across the United States.

According to a September report released by the NGO Safeguard Defenders, Chinese public security bureaus established “overseas police service stations” on several continents, including two in London and one in Glasgow, BBC reported.

It established stations in Toronto and New York in North America.

FBI Director Christopher Wray told senior politicians that the bureau was keeping a close eye on reports of such facilities across the country.

“We are aware of the existence of these stations. To me, it is outrageous to think that the Chinese police would attempt to set up shop, you know, in New York, let’s say, without proper coordination.

“It violates sovereignty and circumvents standard judicial and law enforcement cooperation processes,” he was quoted as saying

When asked if the stations violated US law, Wray responded that the FBI was “looking into the legal parameters,” according to the BBC.

The senior intelligence official was testifying at a hearing of the United States Senate Homeland Security and Governmental Affairs Committee, where he was grilled by senior lawmakers.

According to the NGO, the units were established to combat transnational crime and to provide administrative services to Chinese nationals living abroad, such as driver’s licence renewals and other consular services.

Safeguard Defenders, on the other hand, stated that they also serve a “more sinister goal”, by contributing to “cracking down on all kinds of illegal and criminal activities involving overseas Chinese”.

According to the BBC, China has denied running the overseas stations.

Wray also stated that the US had filed a number of charges against the Chinese government for harassing, stalking, monitoring, and blackmailing people in the United States who were critical of Chinese President Xi Jinping.

“It’s a real problem and something that we’re talking with our foreign partners about, as well, because we’re not the only country where this has occurred,” he added.