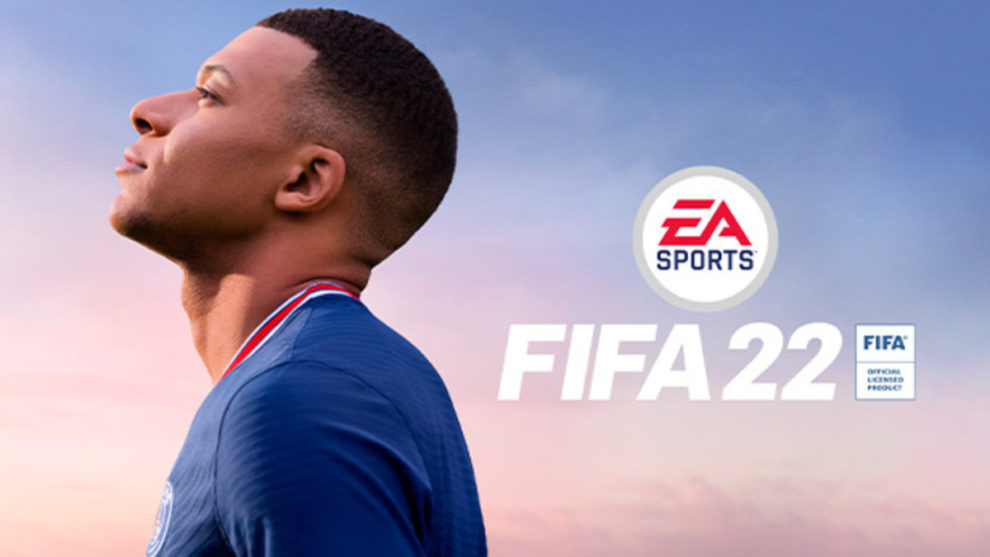 FIFA 22, initially released on September 27, 2021, by Electronic Arts, is the 29th instalment in the FIFA series. Today, more than 9 million players across the globe actively play this football simulation video game online, according to Game Elevate. FIFA 22 launched with tons of new features and improvements over its predecessors. One new gameplay feature of this game is Hypermotion. Another feature offered by this game is the Single Player Draft matches, which come with various rewards. Unfortunately, recent reports reveal that the FIFA 22 Single Player Ultimate Draft mode is currently not working for many players.

According to the latest reports, the Single Player Ultimate Draft mode on the recently released FIFA 22 video game is currently not working. The affected users explained they get kicked out every time they try playing the Draft matches. Instead of allowing them to play, the game always displays the players different server error messages, such as the one below:

“There was a problem communicating with the FIFA Ultimate Team servers. Please try again later.”

Some players even complained that they get stuck because they couldn’t forfeit the Draft matches. Several users are now frustrated and asking the EA team to provide a quick solution to the issue. Some users (1,2) even reported that the issue mostly affects the second match in the Draft mode.

You can check here (1,2,3,4) to get more details regarding the issue, in which the FIFA 22 Single Player Ultimate Draft is not working.

Here’s what the EA team has to say

The good news is that this issue has already escalated to the EA team. According to these posts (1,2), the FIFA game team has already started investigating the issue. However, the team didn’t provide any statement regarding when the fix will be available for the public to resolve the issue. 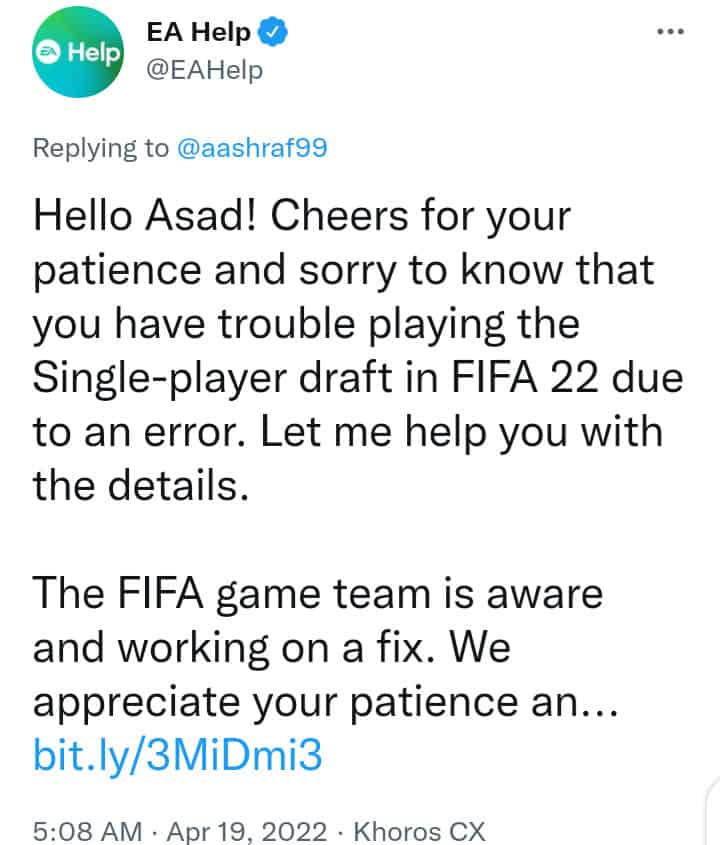 We’ll keep monitoring the EA team for you. As soon as we find more updates on the Draft mode issue, we’ll let you know about it. However, if you can’t wait for an official fix to come, the EA team says you can contact them directly so they can help you clear the issue. To do that, you can check here. 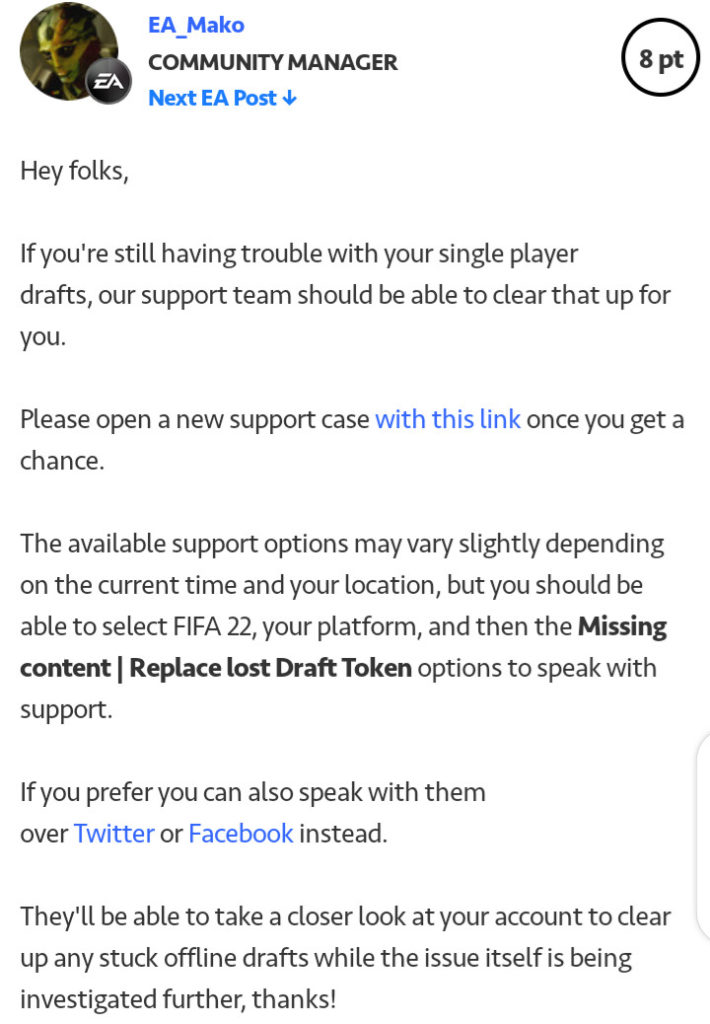