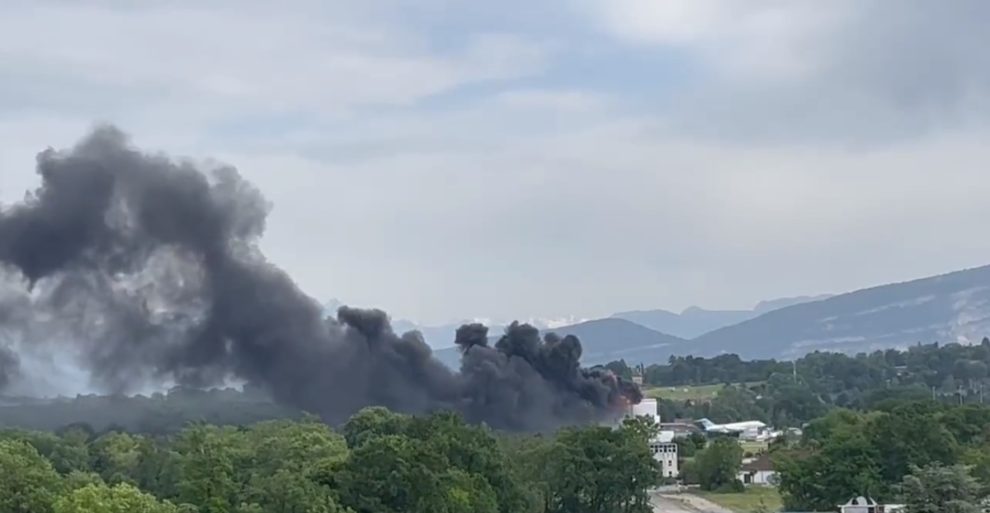 Flights to and from Geneva Airport were temporarily disrupted on Friday after a major fire broke out just beyond the perimeter fence, a spokesman for Switzerland’s second-busiest airport told AFP.

Black smoke could initially be seen spewing from a construction site intended to be a future centre for asylum seekers.

“Due to a fire at the edge of the runway, landings and take-offs have been suspended since 5:35pm (1535 GMT),” the airport said on Twitter.

Airport spokesman Ignace Jeannerat in the evening told AFP that the fire was “under control“, but staff needed to “secure the area and remove the debris”.

The fire was “outside the airport perimeter” and “creating a lot of smoke”, he said.

At around 1630 GMT, an AFP journalist noted that there were no visible flames or smoke. Firefighters continued to hose down the building, which is surrounded by scaffolding and tarpaulins.

Some inbound flights were diverted to Lyon and Basel.

Geneva is Switzerland’s second-busiest airport after Zurich. Wedged in on the edge of Swiss territory, the runway is next to the border with France.

In 2021, the airport welcomed more than 5.9 million passengers, down from the pre-pandemic level of nearly 18 million in 2019.