Prime Video is a streaming video service offered by Amazon. By subscribing for USD 5.99 every month, you can always use this service to enjoy exclusive Amazon Originals and several other popular TV shows and movies. One highlight of Amazon Prime Video is that you can always access it through the app and over the web. Interestingly, the service also works on most mobile devices and Smart TVs, such as the Apple TV. According to the latest reports, it seems some Apple TV users are now experiencing an annoying issue, in which Amazon Prime Video is displaying an “Internet Connectivity Problem” error message.

The rest of this post will shed more light on the new Amazon Prime Video issue. So, read on to find everything you need to know about it.

Multiple reports across various social media platforms reveal that Amazon Prime Video users are encountering an “Internet Connectivity Problem” error message. The reports show that the issue mostly affects Apple TV users. Explaining the problem, the affected users mentioned that the message suddenly appears when they try streaming content. Because of that, the users cannot use the Amazon Prime Video service.

According to some Apple TV users, the ‘Internet Connectivity Problem,’ error message prevents them from opening their Prime Video app. Some others noted they could open the app. However, whenever they try selecting an item, the “connectivity” error message will appear. You can check here (1,2,3,4) and below to see what the affected users are saying about the problem. 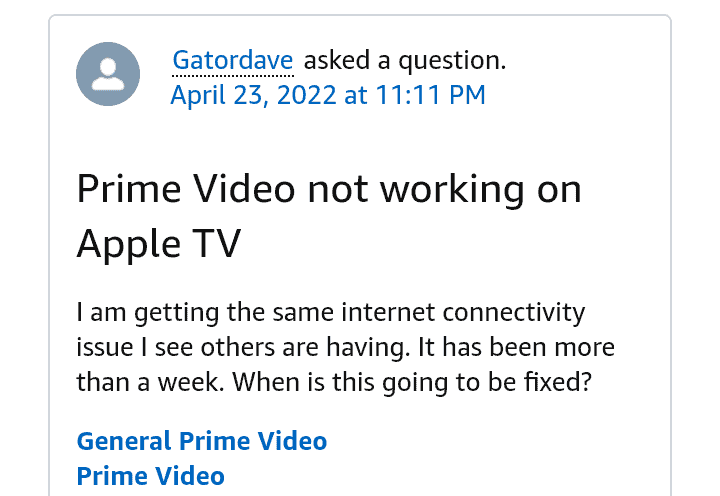 Is there any workaround or official fix yet?

Unfortunately, there’s no official fix yet to resolve the annoying Amazon Prime Video “Internet Connectivity Problem” error message. The good news, however, is that the Amazon team is already aware of the issue, according to this post. For now, we don’t know when the official fix will be available. But as soon as we get any information about it, we’ll keep you posted about it here.

Interestingly, there’s a workaround that you might want to try. According to Adam8364, you can temporarily resolve the error message by going to your network settings and changing the DNS to 8.8.8.8. 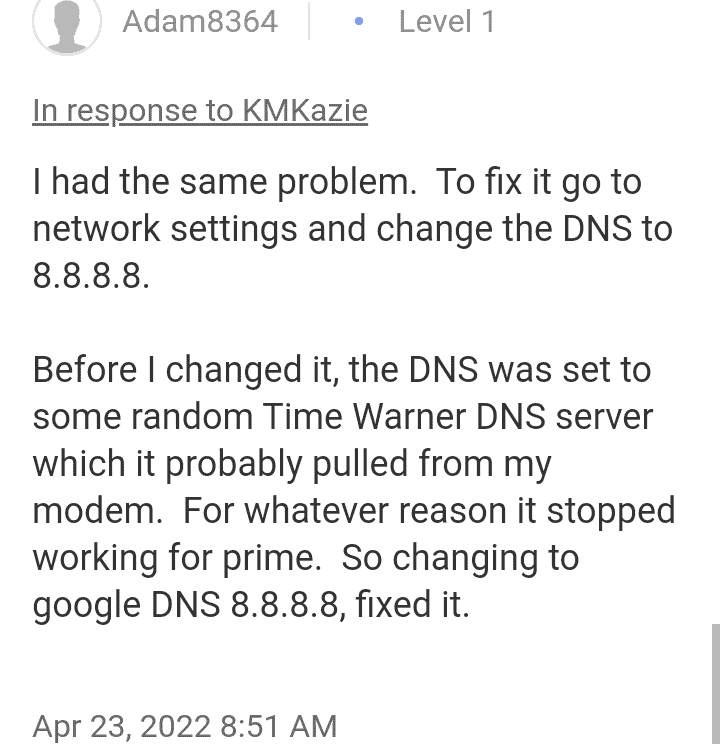