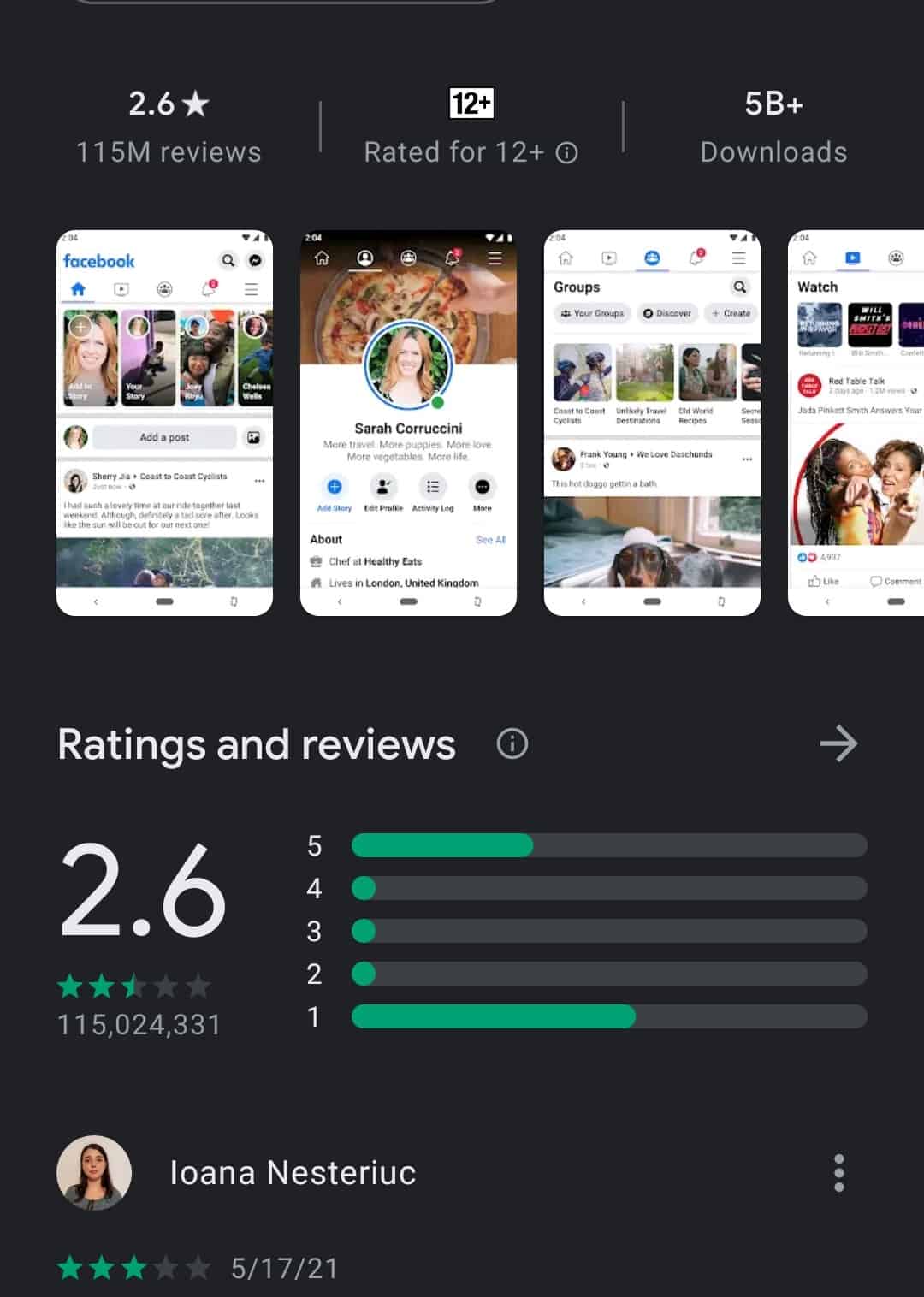 "Facebook rating has recently dropped from 4.0 to 2.6 on Google's Playstore. Users usually from the regions of Asia and the Middle East have reported this platform with only ‘1 star’ on Playstore.

The content posted by the west is promoted by Facebook that shows its interest in it but deleting the content that is not in favor of western opinions, portrays clear inequality, as per the user's feedback.

This act for users of different regions has made them obligated to give only ‘1 star’ to this platform that depicts the poor performance of this social media platform while also showing that users are totally not satisfied by the services of the Facebook app."

One user on Google Play wrote, "This app one of the applications that I still use until now for its simplicity and the freedom it gives to the user, but unfortunately it turned out to be the exact opposite and that it does not support: freedom of expression, everyone's voice as it. as they mentioned in community standards, their goal was to make place where everyone can express and give their voice, but it seems that the freedom that Facebook supports is moral degeneration in society, not Humanitarian issue."

Another user, who gave a one star rating said, "UI and UX both are good. But the thing is we thought that Facebook is social platform providing social nourishment to all humans equally. But since the war situation of Israel and Palestine Facebook is supporting and helping Israel. Knowing the fact and still creating pages for their support, generating auto-likes and increasing traffic on these pages. Shame on the core team of this platform." 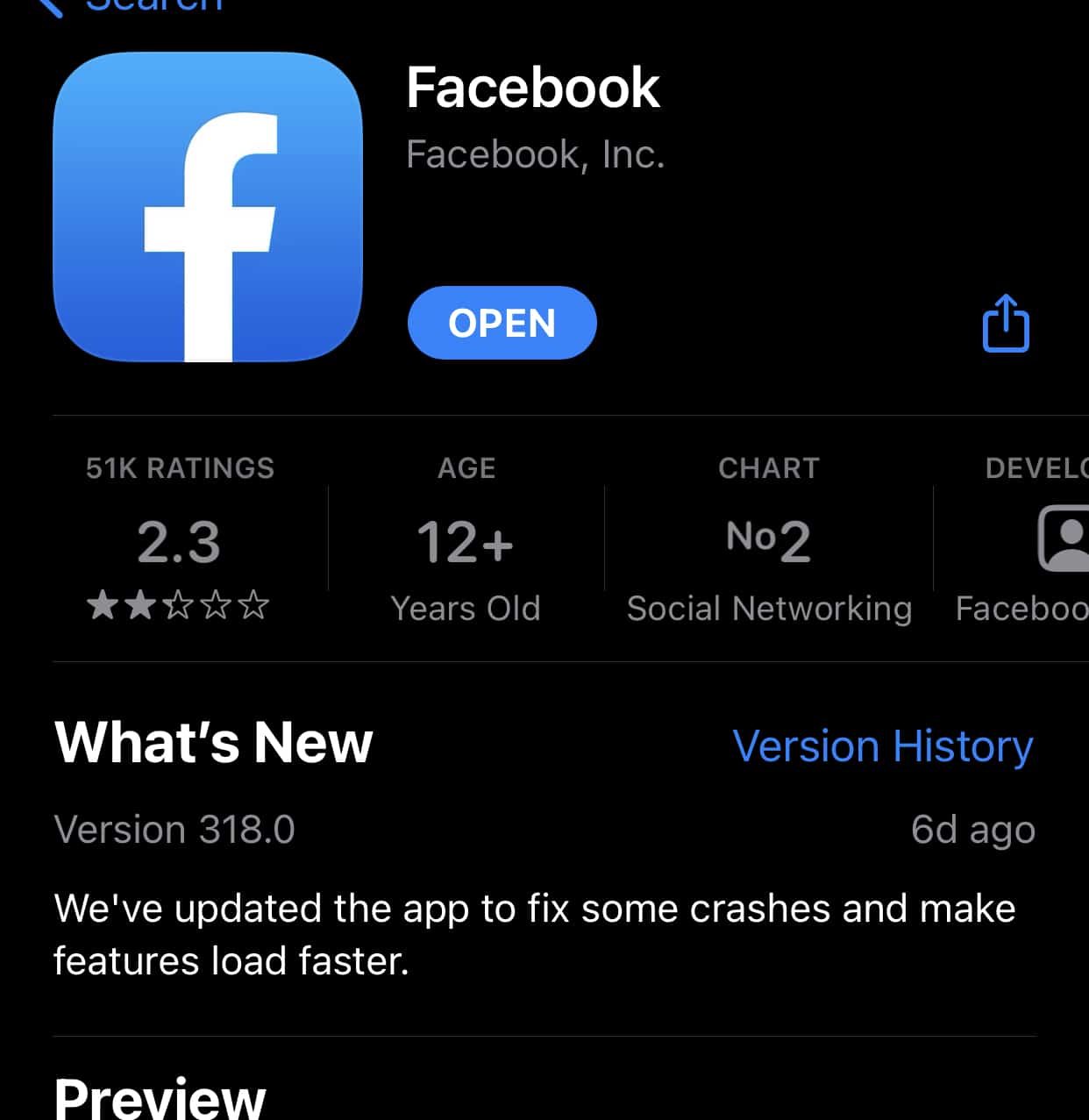 Similarly, Facebook ratings on Apple's app store has also gone down. Multiple users on App store has given '1 star' rating to Facebook app and accused Facebook of censoring Palestine-related posts.

See screenshot of users' reviews from App Store below: 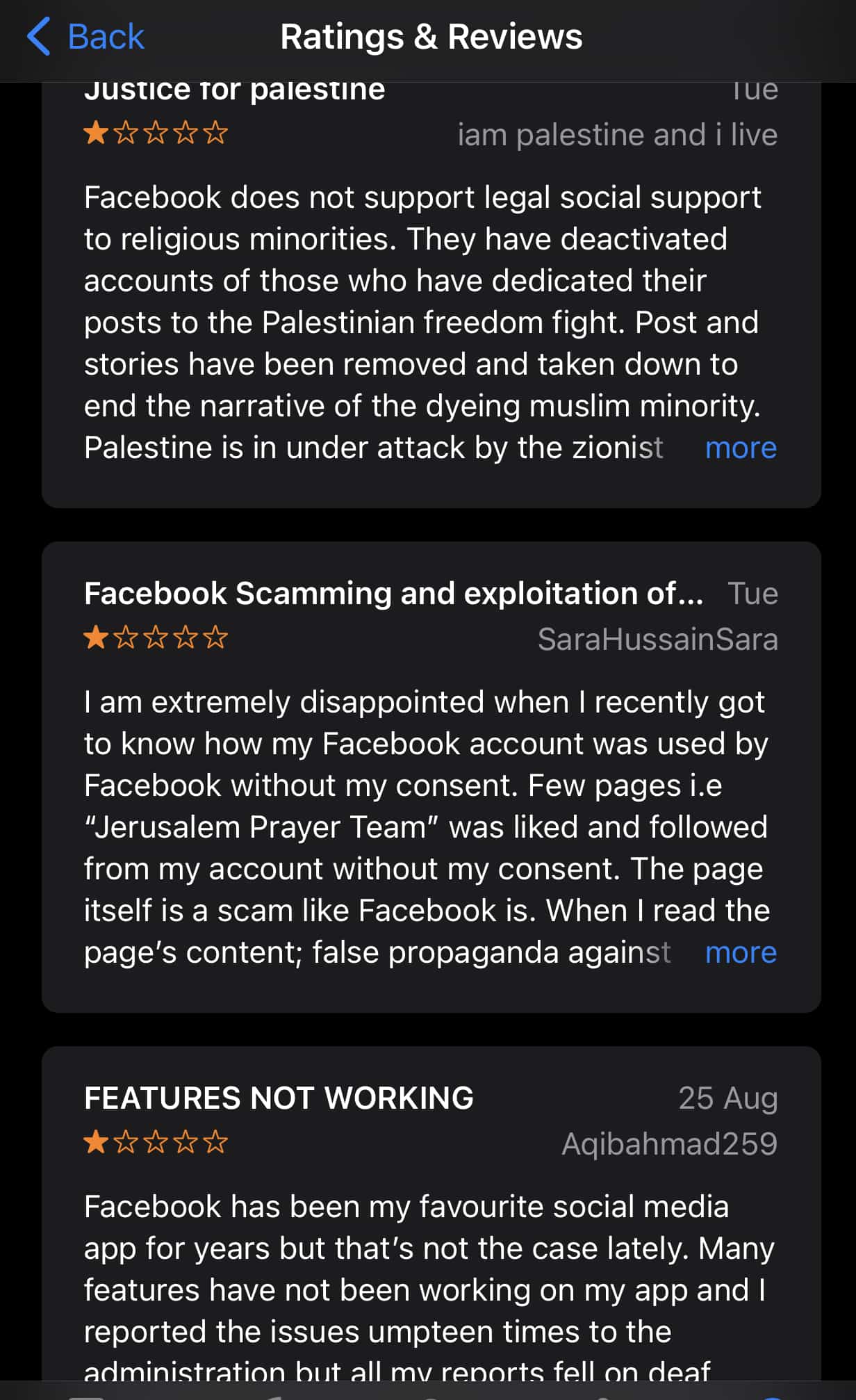 Netizens have accused Facebook of supporting Israel and its occupation of Palestinian territories and have called for a boycott of the social media giant over what they call its biased policy on the Palestine issue.

It has dropped from 4.5 over the past few days. People rate smartphone applications on these stores based on their performance and services.

The social media giant recently came under fire for providing fake “likes” to a page named Jerusalem Prayer Team, which aimed to censor the Palestinian narrative.

The social media platform apparently gave likes to the page from the profiles of people who had not even been aware of its existence.

The decline in Facebook ratings comes amid continuing Israeli air strikes on the Gaza Strip.

Saw a similar report here on this news here.