Twitter has suspended James O'Keefe of Project Veritas after he posted about CNN.

Project Veritas unveiled a video Tuesday the group says is of a CNN staffer describing how the network worked to show then-Presidential candidate Joe Biden in a favorable light during the 2020 presidential campaign.

STATEMENT: I am suing Twitter for defamation because they said I, James O'Keefe, "operated fake accounts." This is false, this is defamatory, and they will pay. Section 230 may have protected them before, but it will not protect them from me. The complaint will be filed Monday.

James O'Keefe's account has been "permanently suspended," a Twitter spox says per their policy: "'You can’t mislead others on Twitter by operating fake accounts,' and 'you can’t artificially amplify or disrupt conversations through the use of multiple accounts.'"

Here is the screenshot of the violation shared by James O'Keefe after his account was suspended: 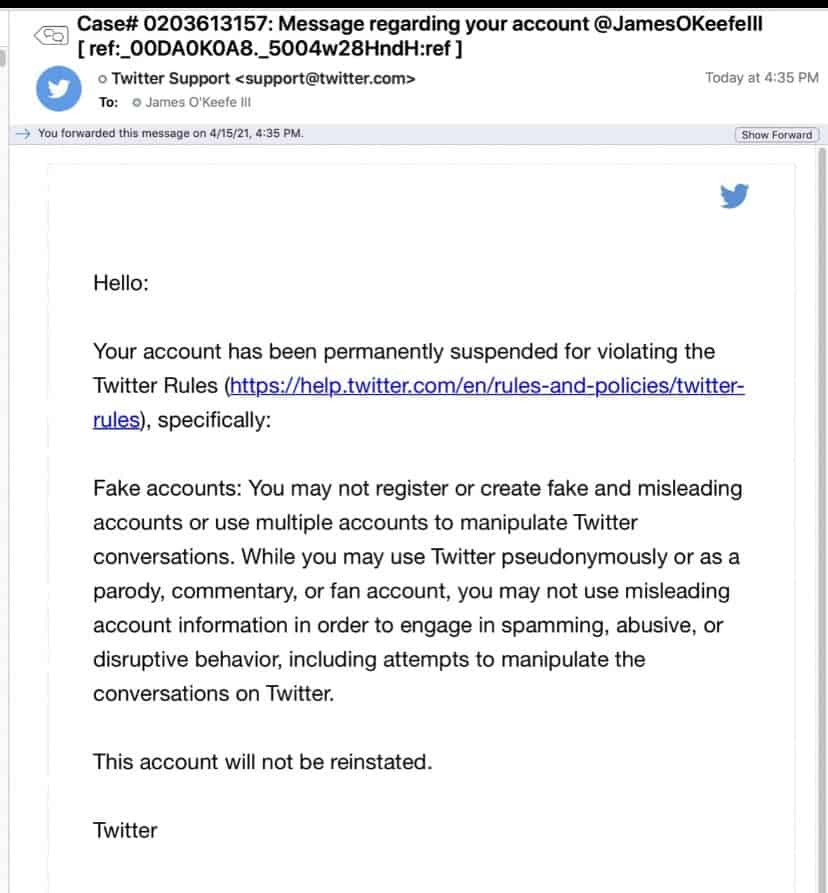 Here’s a new video of James O’Keefe explaining about his Twitter suspension and says that he is going to sue Twitter just like he did CNN - WATCH: