Twitch, Reddit, Amazon and several other websites down due to an outage that could be a result of CDN service being affected.

According to reports, The issue appears to be rooted at the Fastly CDN network.

The use of emojis and multimedia on Twitter appears to be bugging, with pictures being unable to appear for users on both mobile and desktop.

On Amazon, it appears as though all images have disappeared from their site.

This is a breaking news story - we will update it as soon as we hear more.

Guardian reporter Alex Hern reports, "Fastly, a cloud computing services provider, has been identified as the cause of the problem. The company runs an "edge cloud", which is designed to speed up loading times for websites, protect them from denial-of-service attacks, and help them deal with bursts of traffic."

Some sites, including BBC, have managed to restore services in the past few minutes by switching their systems away from Fastly's network. Others have had patchy uptime.

Here's the status page of the Fastly CDN service: 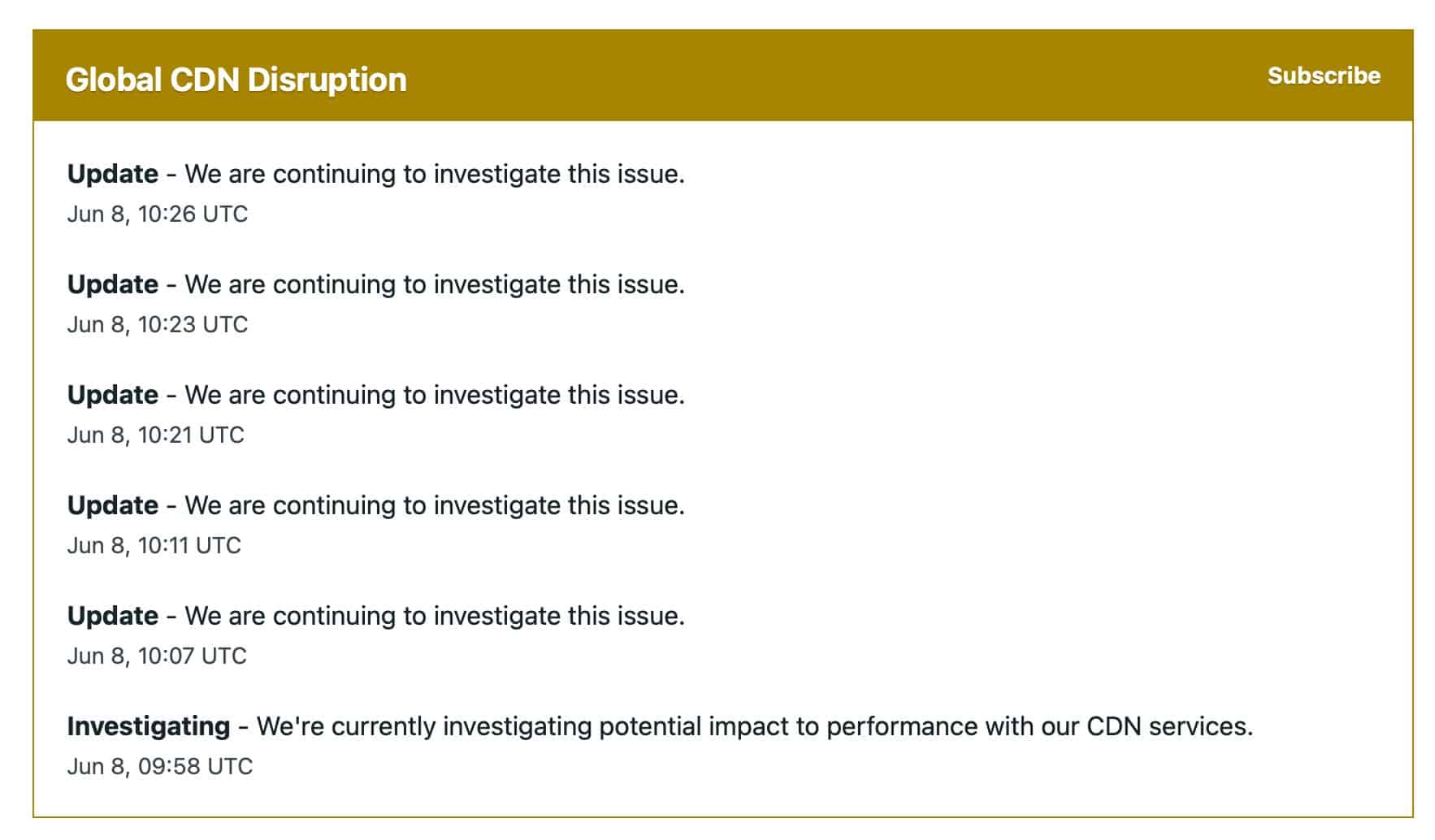