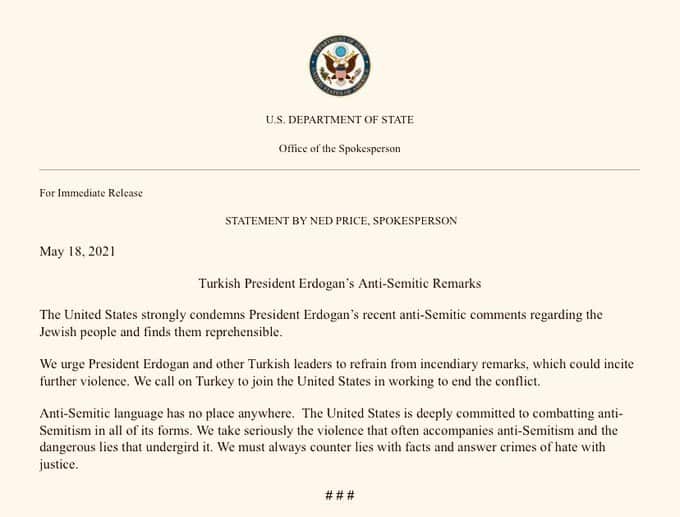 The United States strongly condemns President Erdogan's recent anti-Semitic comments regarding the Jewish people and finds them reprehensible. We urge President Erdogan and Other Turkish leaders to refrain from incendiary remarks, which could incite further violence. We call on Turkey to join the United States in working to end the conflict. Anti-Semitic language has no place anywhere. The United States is deeply committed to combatting anti- Semitism in all Of its forms. We take seriously the violence that Often accompanies anti-Semitism and the dangerous lies that undergird it, We must always counter lies with and answer crimes Of hate with justice.