Video: Comedian dressed as Superman hit by bus while pretending to stop it for stunt in Brazil 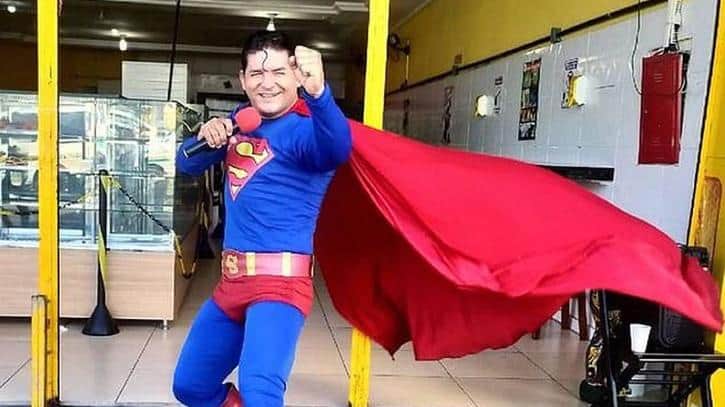 We've all tried to impersonate a superhero in our lives, but one man in Brazil went too far in his attempt to be the real Superman, only to fail miserably.

After a miscalculated stunt in which he tried to demonstrate his strength by halting the moving vehicle with his hand, a comedian dressed as Superman was hit by a bus.

Luiz Ribeiro de Andrade, also known as 'Superman,' was hit by the vehicle over the weekend in the Brazilian municipality of Barra dos Coqueiros while attempting to film himself pretending to stop it.

The viral video shows the man dressed as superman standing confidently in the middle of the road, holding a microphone, as a bus speeds straight towards him.