A man from Maryland was kicked out of a Southwest Airlines flight for not wearing a mask while eating Twizzlers.

Avi Mandel said he was a frequent Southwest flyer until his flight Sunday out of Thurgood Marshall Baltimore Washington International Airport. 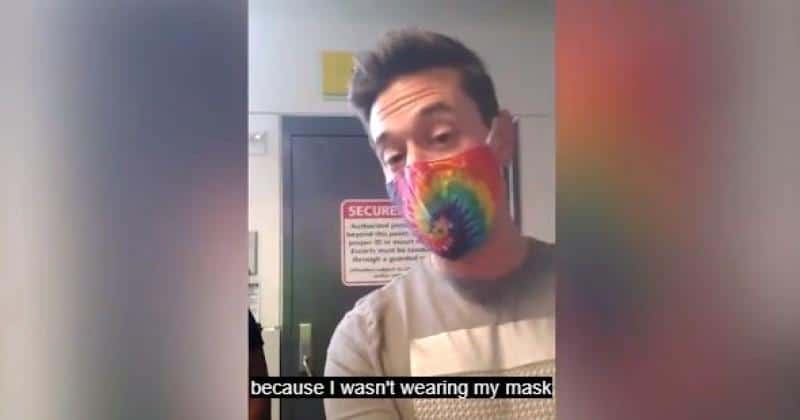 He showed WJZ a selfie video he made during the flight, in which he said, “I, Avi Mandel, just got kicked off a plane because I wasn’t wearing my mask in between bites while I was eating.”

“That’s so sad. That’s so wrong,” Mandel told WJZ. “It was absurd. The way I was treated was absolutely absurd. It was crazy and it wasn’t fair.”

Mandel was waiting for the plane to take off from Thurgood Marshall Baltimore Washington International Airport for Fort Lauderdale on Sunday when he opened a pack of his frequent snack, WJZ reported.

He said he didn’t think much of it at the time, but the plane returned to the gate, where a security team escorted him off.

After he emailed Southwest, he found out a new federal mandate went into effect requiring passengers to wear masks at all times — including “in between bites.”

Another video of a recent incident shows a screaming passenger accuses Southwest Airlines of racism after being booted off flight for not wearing a mask.