A UK police officer is under investigation after a video of her shouting “Free Palestine” during anti-Israeli protest in London, UK emerged on social media. 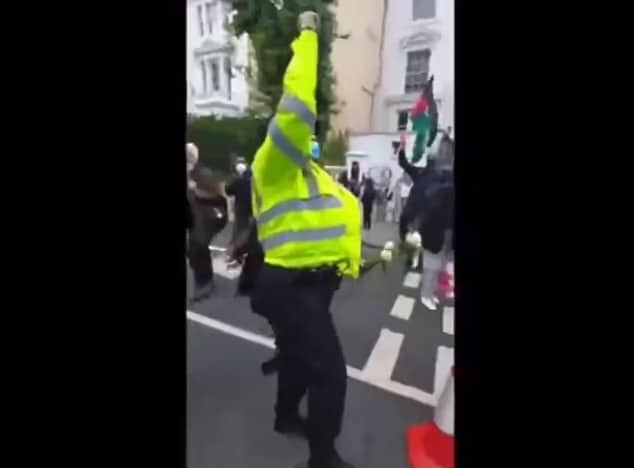 She was heard shouting “free, free Palestine” to cheers from the crowd.

"We are reviewing this footage and a further update will be released shortly. We police hundreds of public events and protests in London every year and officers must remain independent and impartial in carrying out their duties," Metropolitan police said.

She is a traitor and must be prosecuted and sacked /