Driver intentionally runs car over a man at Champs-Élysées, Paris 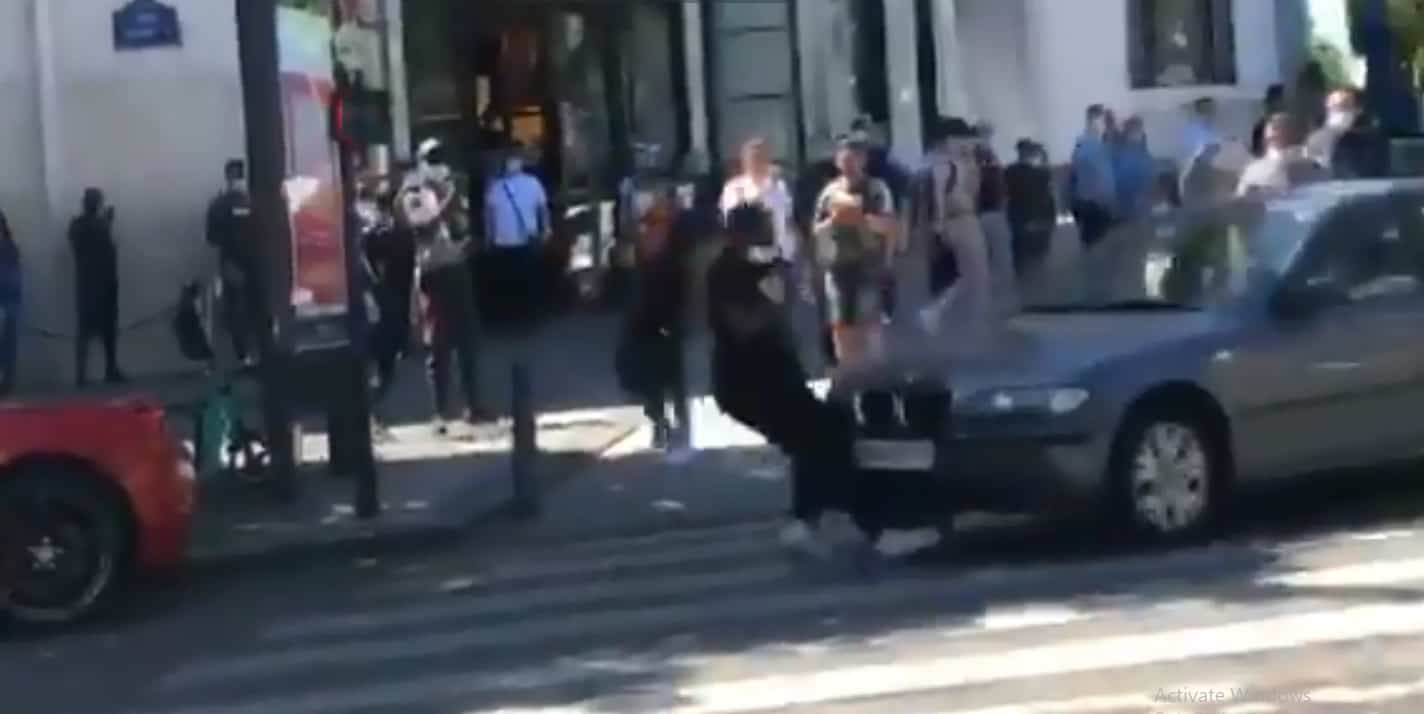 Shocking video shows a driver rams into man with car at Champs-Élysées, an Avenue in Paris, France. The incident happened in front of the Louis Vuitton store.

Police immediately rushed to the scene as spotted in the video.

The incident took place around 3 p.m., opposite to Louis-Vuitton store on the Champs-Élysées. The victim, after "a dispute originally ignored" according to police in Paris, got in the way of the car.

The victim, a 24-year-old man, was rushed to the hospital.

Police officers intervened in the wake, weapons in hand, to get the driver out of the vehicle. After smashing his window, four police officers extracted the man, who was driving barefoot. Placed on the ground, he was arrested and taken into custody. The investigation is being carried out by the 8th arrondissement police station. Here is the complete video of the incident:

Paris incident: Driver was inside the car, police broke the window of the vehicle and arrested him.